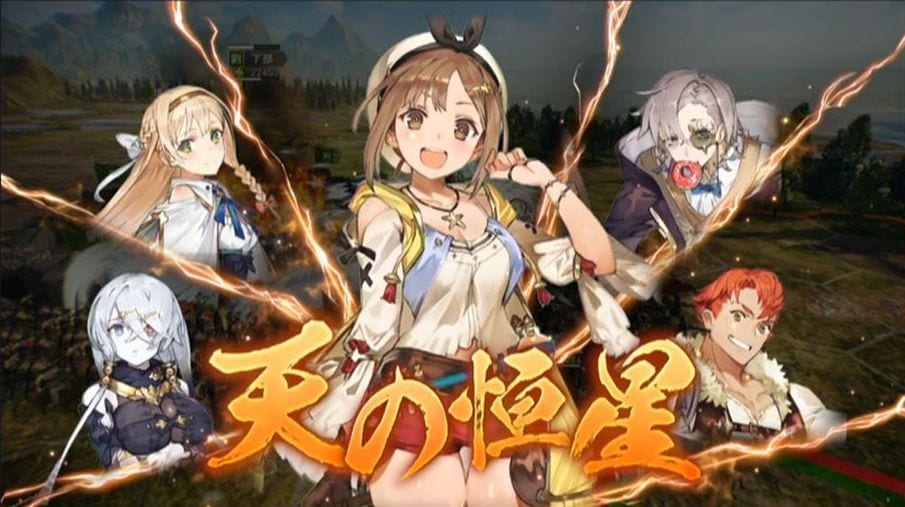 During a recent livestream Koei Tecmo provided information about crossover content coming to Romance of the Three Kingdoms XIV.

The first crossover DLC comes with Gust’s Atelier Ryza as announced a while ago.

Now we learn that it’ll launch in Japan in February for free and it’ll add the JRPG’s characters in the world of the game, as you can see below.

Relevant characters from the series will appear in the game as original warlords with their own personality traits and unique tactics.

February will see the launch of the first crossover DLC including Reinhard von Lohengramm, Siegfried Kircheis, Yang Wen-li, and Julian Mintz. It will include versions from both anime series and Kircheis and Julian will be available only for a limited time.

While a collaboration between such different IPs may sound a bit strange, it’ll be certainly interesting to see characters from a sci-fi space opera conquering ancient China.

Do keep in mind that all this info is for Japan and the western branches of Koei Tecmo haven’t announced their related plans yet.

Romance of The Three Kingdoms XIV will be released in Japan very soon, on January 16. The game will also come in North America and Europe on February 28, 2020.

The platforms for all regions will be PS4 and PC. If you want to learn more, you can also check out the previous video of the series featuring Kou Shibusawa himself, alongside more screenshots and details, another video which explains how the game lets you paint the map to visualize frontlines and supply areas intuitively, the opening cutscene, and plenty of gameplay.