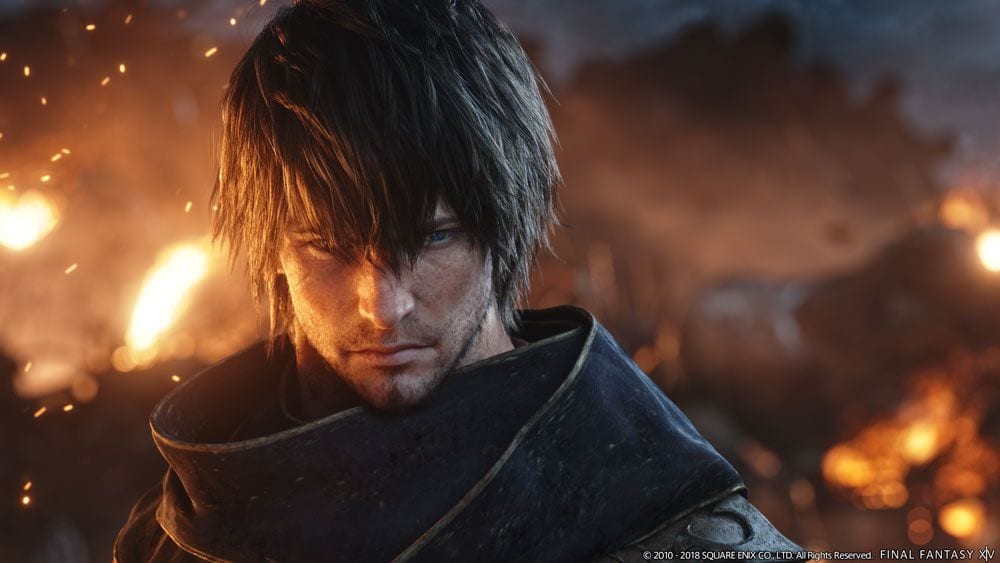 MMORPGs have had an up and down existence, but it seems like the genre has settled on a few juggernauts based around major IPs dominating the scene, with new and intriguing games popping up now and again. In either event, these are the best MMORPGs to play in 2020.

Whether you’re looking for something free, something with a more premium feel to it, something old-school, or something totally unique and out there, these 14 games should cover most bases. Without any further ado, let’s jump in.

Final Fantasy XIV is knee deep in its prime right now following the excellent Shadowbringers expansion and there’s no better time to jump in than right now.

If you’re a fan of the long-running JRPG series, Final Fantasy XIV is filled with callbacks including featuring classic jobs & classes that you can play as, and even occasional cameo characters and alternate-universe story lines from previous games.

More importantly though, it has set a new standard for storytelling in MMORPGs and has its own unique plot that can rival the best of the numbered entries, especially – once again – the Shadowbringers expansion which blew us away last year.

Final Fantasy XIV is buy to play with a monthly subscription as well.

World of Warcraft is still a juggernaut even after all these years. While it may not be in its prime anymore, it’s still among the largest MMORPGs currently in existence and receives extensive support from developer Blizzard.

The next/most recent expansion, Shadowlands, adds a new Covenant feature that will allow players to pick between four new factions for different rewards and unique skills and abilities.

It will also feature a new region/activity known as The Maw, which houses the mysterious Jailer enemy which will monitor the activity of players in the region and summon harder enemies if needed.

This is all in addition to new bosses, raids, and loot to collect.

It might be old, but it’s not going anywhere any time soon. World of Warcraft is buy to play with a monthly subscription.

The only people still lamenting about The Elder Scrolls Online’s rough original launch are people that just aren’t paying attention.

Over the years The Elder Scrolls Online has built up a solid experience for both traditional MMORPG fans and those that just want to experience TESO as a single-player adventure.

Each passing expansion adds substantial story content along with the stuff that will make the hardcore players happy. If you wanted to just play TESO as a single-player game with other live players running around and just enjoy the story as you would in a traditional Elder Scrolls game, you can do that.

The combat is a mix of single-player Elder Scrolls and traditional action-MMORPG styles, which isn’t going to be for everyone, but if you’re here looking up MMORPGs to play, you’re probably the type of person that’s OK with it.

The Elder Scrolls Online is buy to play with an optional subscription and paid expansions.

Guild Wars 2 is one of the most popular MMORPGs in the world and is still committed to the Living World model that has dominated the last few years of content.

Living Worlds are free, narrative-focused content that evolve and push the overarching story of Guild Wars 2 forward while also adding new activities for the more hardcore players to dive into.

The free base part of the game allows you to pick between eight different professions. If you so choose, you can buy either the Heart of Thorns or Path of Fire expansion to add new professions and other content.

Guild Wars 2 is free to play with microtransactions.

If you’re looking for something that’s a little more old-school, but still receives as much, if not more attention than any of the modern-feeling MMORPGs out there, Runescape is your choice.

Originally released in 2001, Runescape has been tinkered with and overhauled over the ensuing years and eventually found a niche that has attracted enough players to be among the biggest MMORPGs in the world between its two main options.

Runescape is divided into the camps that prefer the more updated and modern iteration of Runescape that is sometimes referred to as Runescape 3, or Old School Runescape which has its own dedicated community as well.

In either case, Runescape plays very much like an old-school MMORPG with simplified traditional classes, crafting, questing, and teaming up without other fluff getting in the way.

Runescape is free to play with an optional membership.

Black Desert Online is one of the most popular action-focused MMORPGs out right now.

In Black Desert Online you need to ensure that you’re lining up attacks properly and taking advantage of the free movement that you have unlike some other traditional MMORPGs that feature auto-attacking and/or locked-on abilities.

Black Desert Online has a wide variety of classes for those that like to mix up their play style ranging from traditional classes you can wrap your head around such as a Wizard, to unique creations such as the Shai and Lahn.

Black Desert Online continues to receive free expansions and updates, and features a one time buy to play model with microtransactions.

7. The Lord of the Rings Online

If you’re looking for a competent, modern MMORPG that has story, lore, characters, races, classes that are all knee-deep within one of the most popular high fantasy universes of all time, then The Lord of the Rings Online might be for you.

While a lot of what LOTRO offers is what you would expect out of an MMORPG, one particularly unique aspect is its Player vs. Monster Player PvP content which allows players to create their own monster character that they can use to fight other player characters in special zones.

Outside of that, you can enjoy a plot specially crafted with the universe of LOTR and adventure with other like-minded fans. Lord of the Rings Online is free to play with microtransactions and optional subs.

Similar to other modern MMORPGs tied to popular franchises, Neverwinter is a fairly standard, but still very solid game tied to the famed property of Neverwinter, within the D&D universe.

The hook with Neverwinter, of course, is that you’re doing your usual MMORPG things like questing, exploring, and partying up to take on difficult challenges within the framework of 4th edition D&D rules and familiar classes such as the Fighter, Rogue, Cleric, Wizard, Ranger, Warlock and Paladin.

Neverwinter is a free to play game with microtransactions. New expansions are still rolling out such as the Infernal Descent.

I still remember when RIFT was the hot new MMORPG on the block back in 2011 among a bunch of other MMORPGs that rose up around the same time to try and seize a piece of the World of Warcraft pie.

Most failed or petered out but Rift is one of the ones that hung around and established enough of a player base to be an established, long-running MMORPG.

RIFT’s name comes from the rifts that open up around the game’s world unleashing monsters onto the game’s map which need to be vanquished.

You are able to select from up to five callings which can be drilled down into six to eight subclasses of sorts that you can mix and match abilities from. This opens up lots of variety in character builds for those that like having deep and complex options in building your own character.

RIFT is free to play with an optional subscription and other add-ons.

While most MMORPGs are set in a fantasy setting of some kind, or sometimes more rarely sci-fi, Funcom’s Secret World Legends is a MMO set in a world similar to our modern-day world. That alone for some people might be enough to catch some ears as there are plenty of MMORPG fans tired of the same old.

The appeal of Secret World Legends is definitely its story which is considered among the most unique and well-developed in the genre and fully leverages its more grounded setting to tell a story about cults unleashing horrors onto society.

Of course in the midst of all that, you have a familiar action-MMORPG complete with class builds, questing, equipment, etc. all the bells and whistles you would expect out of a MMORPG.

Secret World Legends is free to play with optional microtransactions.

Staying on the topic of games that don’t traditional settings, classes, or gameplay, Blade & Soul is a martial arts themed MMORPG entrenched in an East Asia-inspired world.

Most of the classes are themed around some kind of martial arts with races being different tribes that favor different fighting styles. Blade & Soul is an action-MMORPG and you can combo abilities into longer string attacks appropriate for fantasy and style of play developer NCSoft is clearly going for.

Blade & Soul is free to play with microtransactions.

Shifting away from fantasy for a moment, let’s talk about Star Wars: The Old Republic, the long-running BioWare MMORPG.

SWTOR has had its ups and downs over the years just like its developer BioWare, but the team behind it has stuck with it and continued to support the fans that are exploring the far away galaxy from a long time ago.

Most recently they released the digital Onslaught expansion late in 2019 which adds a new storyline with the ability to choose between two factions and participate in challenging group content.

SWTOR has a sizable free to play option with subscribers getting access to new digital expansions and other content including the aforementioned Onslaught.

OK so we throw EVE Online in here because it’s one of the most well-known, legendary, and perhaps hardcore MMORPGs in existence. It requires a ton of time, patience, intelligence, and potentially real-world money to fully entrench yourself in the world of EVE Online.

That said, those that have stuck with and committed to the EVE Online experience over the years get to be a part of a massive world with very real feeling political struggles, and wars that have can have catastrophic results both in-game and in real-life wallet due to how expensive some of the game’s most powerful ships can be and how quickly they can fall in massive wars over in-game territory between rival factions.

If you’re brave enough, you can download Eve Online here.

We started with Final Fantasy XIV and we’ll end this list with its older sibling Final Fantasy XI. Believe it or not, despite being older than even World of Warcraft, Final Fantasy XI is still alive, kicking and is populated enough to hang onto to its monthly subscription and received a vote of confidence for the next few years. Not bad for a game that. has been living in the shadow of its younger, sexier sibling for at least seven years now.

There are a few reasons why Final Fantasy XI still persists into 2020 and why fans both new and returning still fire it up. Like Final Fantasy XIV, FFXI has top in its class storytelling and over a decade worth of story content to keep players busy before the endgame even becomes a thing people have to care about. While it might not reach the highs of FFXIV’s Shadowbringers, nothing really in the genre does.

Also, the focus on group content in the end game continues to be a major appeal of the game. While you can solo your way to max level nowadays, the toughest content in the game will require you to make deep connections in-game in order to progress and get the best gear.

Final Fantasy XI is buy to play with a monthly subscription.