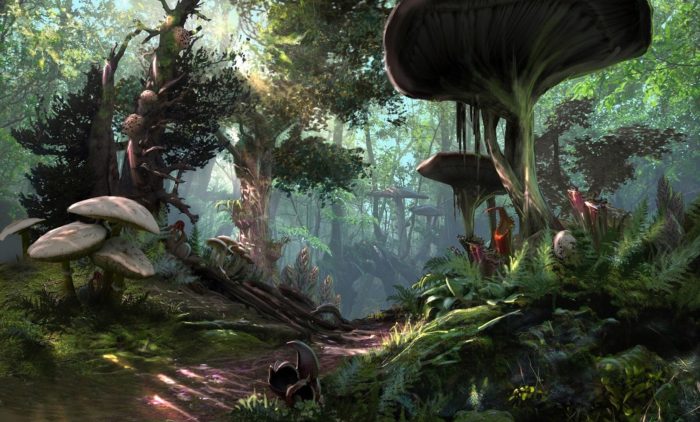 Disclaimer: This review is being written from the perspective of a new player. The Morrowind expansion to The Elder Scrolls Online (TESO) is fairly unique that it can be the starting point of a new player and its main quest can be completed by anyone at any level unlike other MMORPGs. Thus, our review score will be focused on the new player experience in TESO: Morrowind and its story content. Any impressions of high-end content geared towards returning, experienced and well equipped players will be done separately and will NOT factor into our launch day review score.

I’ve been skeptical of The Elder Scrolls Online ever since the original version of the game released to lukewarm reviews back in 2014. I’ve played MMORPGs since my pre-teen years starting with Ultima Online and eventually Final Fantasy XI. At the time of the game’s original launch though, my writing career was just getting started and I wasn’t assigned to cover its launch. I was just like anyone else cautiously hoping that TESO would be the multiplayer Elder Scrolls experience many have dreamed of. For some it was, but for myself and many others it wasn’t, and after a passing glance at reviews and gameplay, I moved on.

Fast forward to the present, and I was presented the opportunity to give TESO: Morrowind a shot and jumped at it. I had heard of positive changes the massive One Tamriel update did for the game last year. It made it easier for players of any level to group up together and tackle content free of restrictions or for “lone wolf” characters to play the game as if they would any other single player Elder Scrolls game. What better place to start than perhaps the most iconic in all Elder Scrolls lore, the province of Morrowind.

The new quests on Vvardenfell, including the main line, was superbly put together and worthy of the Elder Scrolls name. More so than any other MMORPG I’ve played, and I’ve played quite a few. Quests were refreshingly varied with objectives, had interesting dialogue (with lots of freedom to dig in for more details or the option to just get to the point), and contained memorable characters that had that Elder Scrolls quirkiness to them. Although not a decision-based RPG, there was a nice handful of quests that I could impact the resolution of through my choices which is a very nice touch for a MMORPG.

The main quest line in particular was impressive. It took me about 10 hours to complete it. I didn’t stop for a ton of side quests (I did some) and mostly walked around everywhere to explore and take everything in rather than flying around on a mount or warping everywhere. Like all of the other quests in the game, it was very entertaining, not just by MMORPG standards, but just RPG standards period.

The story focuses on the living-god Vivec, and solving a mystery of his unexplainable loss of power. Anyone who is into Elder Scrolls lore like I am will be thrilled to see Vivec City in its formative years, still under construction, with Vivec himself overseeing the the project many years before the city’s eventual demise. The province felt very familiar aesthetically, and it was fascinating to see Vvardenfell in a new light with its people filled with confidence and hope thanks to Vivec’s presence, rather than the downtrodden place I remember from The Elder Scrolls III and the Dragonborn expansion in Skyrim.

Without delving into spoilers, the best part of the main quest line is how compact it is. It isn’t bloated with nonsense chores that serve no purpose other than to waste your time. It’s a tight, well put-together tale that respected my time. Every individual quest felt important to the overall narrative which is definitely NOT the norm for the genre. There are a few twists that tie into the involvement of some Daedric gods, which are consistently the source of the most memorable quest material in the Elder Scrolls games and TESO: Morrowind is no different. Not every character is an all-star, but the very busy-minded inventor Barilzar, who gets a lot of screen time in the main story’s finale, is someone I hope remains involved in any future story content.

Between the main quest, major side quests such as one featuring the Morag Tong, and all the other side activities such as Delves, Battlegrounds, and a couple of new dungeons, in terms of how much time you can spend doing everything, TESO: Morrowind certainly lives up to its 30 hours+ bill. However, the quality of content is a bit uneven.

While I adored the game’s quests, I was less infatuated with its new PvP mode, Battlegrounds. Maybe it was because I was lower level than everyone else and wasn’t able to contribute in the most effective way, but I felt the mode was too chaotic, hard to follow, and felt very out of place in the Elder Scrolls. The combat of Elder Scrolls doesn’t translate well to Battlegrounds’ modes like Capture the Flag and the pure chaos, style of play that’s promoted. If you’re someone that’s really into MMORPG PvP, and have the ability to put together an organized team, you might enjoy it more than I did, but it wasn’t something that appealed to me at all.

Whether it is PvP or PvE, group play and teamwork wasn’t something that TESO: Morrowind did well enough job of encouraging. Because of the leveled content as of One Tamriel Update, I never felt I needed to group with anyone to accomplish quests. In Delves, the game’s public dungeons, everyone just worked together to massacre everything which was cool and all, but it was mindless. And yes, there are match made dungeons starting at level 10, but that’s not anything that’s exclusive to TESO: Morrowind other than a couple of new ones. I imagine once you reach the game’s end game content, group play becomes essential and that will still apply in TESO: Morrowind’s high end group bosses, but it felt way more natural to explore on my own as a lone wolf, which is great for new players with single player RPG backgrounds looking to dip their toes in the MMORPG waters, but might bore or upset people looking for something more structured and group oriented.

Finally, TESO: Morrowind adds a new nature-based class called the Warden. I wasn’t able to play it at the highest levels, so I don’t want to speak about its viability or how well it’s constructed in terms of balance, but as far as its “coolness” or its fun-factor is concerned it seems like an excellent addition from the perspective of this new player. Like many of the classes in TESO: Morrowind, the Warden is capable of dishing out damage through its Grizzly Bear pet, and animal summoning based attacks, but it also utilizes nature and frost-based attacks to both heal, buff, and damage enemies. There seems to be a lot of freedom in constructing a Warden that fits your play style and is another element of The Elder Scrolls Online that is worth praising.

The release of TESO: Morrowind is the perfect time for fans of the Elder Scrolls single player games to jump in and give the MMORPG a try if they’ve been hesitant so far. Even if you just play as a lone wolf and want to experience the game’s stories and quests as well as explore past Vvardenfell, it’s worth the price of admission. Whether you stay for the long haul, or convert from a different MMORPG is going to depend on how much you enjoy the game’s PvP and end game structure, which has both its strengths and weaknesses. If you’re already playing, you’ve likely figured that out already and don’t need this review to tell you. If you’re playing something else, the only way to know for sure if you’ll like it is to try, and TESO: Morrowind is an expansion worth giving a shot.