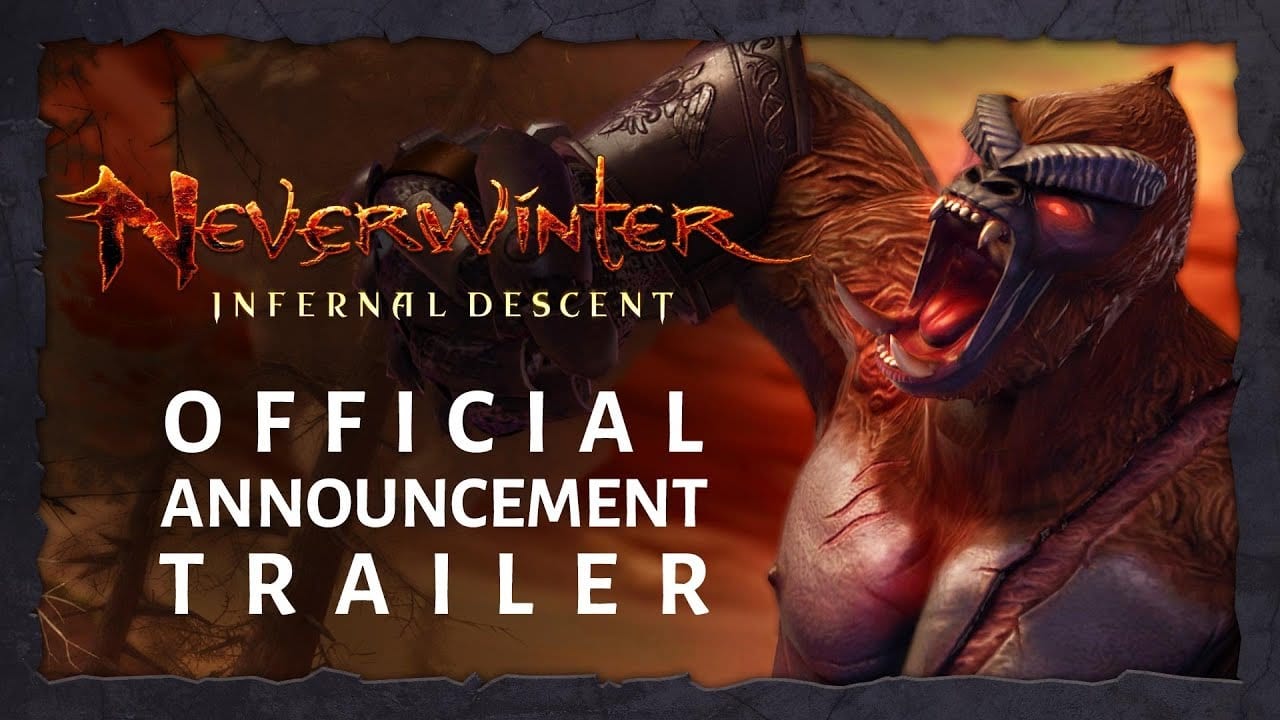 The ever-popular MMORPG Neverwinter has a new campaign expansion. Infernal Descent is set to launch for players on PC Jan. 21, 2020. It will come to console, too, at a later, unspecified date.

Infernal Descent is based on D&D’s latest expansion, Baldur’s Gate: Descent Into Avernus. It sees adventurers unite with new heroes to rescue Vallenhas Manor from the fiery depths of Avernus, the first layer of the Nine Hells.

The new expansion marks the debut of Neverwinter’s first-ever campaign for level 80 characters, plus a new endgame dungeon and adventure zone set on Vallenhas Estate, which is chained in limbo.

Before the event begins, Neverwinter will also kick off the Hell Pit event from tomorrow, Nov. 21, a special three-week challenge inviting heroes to survive the horrors of the Lower Planes.

Infernal Descent’s story premise is described by the developer:

Chaos erupts in Faerûn when Vallenhas Manor and its surrounding lands are plunged into Avernus, the first layer of the Nine Hells. This takes place during the Blood War, a never-ending conflict between demons and devils. Adventurers will team up with two new heroes, the Paladin Alric Vallenhas and the Bard Etrien Sael for an epic quest to the Nine Hells to save the Vallenhas Estate from being ravaged by demonic invaders.

The expansion allows players to explore the Lower Plane of Hell for the first time. They’ll also be able to test themseveles in a newly added adventure zone with heroic encounters and a new dungeon that takes place on a floating citadel above Avernus.

You can check out the trailer for Infernal Descent below.

D&D RPG fans who play on console can look forward to Neverwinter Nights Enhanced edition making its way to PS4, Xbox One, and Nintendo Switch next month, Dec. 6.