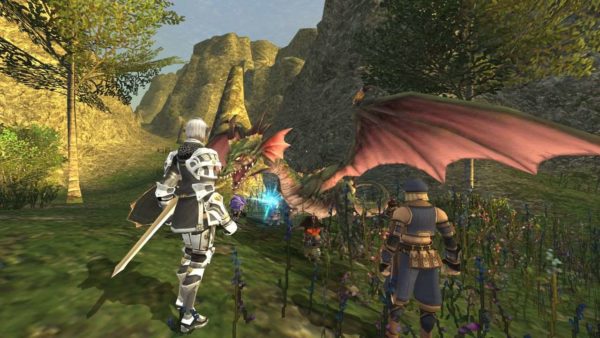 Today marks Final Fantasy XI’s thirteenth anniversary since its North American release way back on October 28, 2003 (it released in Japan initially on May 16, 2002). In an era where many MMOs are dead on arrival, the fact that FFXI is still physically with us is an incredibly impressive feat.

What is perhaps more impressive is that even though much of the MMORPG world has passed Final Fantasy XI by (even Square Enix has mostly moved on with Final Fantasy XIV),  FFXI still charges the same exact subscription that it had on day one: $12.95 per month.

While many MMOs that either fail to meet expectations or are over the hill go for a free-to-play model that includes some form of micro-transactions or an optional subscription with perks, Final Fantasy XI hasn’t budged, not even once. It’s $12.95 a month and it’s going to stay that way for the foreseeable future.

In addition, although it looks pretty good still for a game that debuted on the PlayStation 2, Final Fantasy XI is outdated mechanically by most MMORPG standards. Some of the problems that turned people off to the game years ago such as gear swapping still exists, and no new expansions are in the cards.

To an outsider, this might seem outrageous and shocking. You might be asking yourself how on earth does Square Enix still manage to sustain a player base charging that much for a game that is years past its prime and has ceased major content updates?

Despite those problems, FFXI still has a few aces in the hole that gives it an advantage over modern MMORPGs, such as its younger brother FFXIV. It’s still able to earn its monthly subscription from the thousands of players still logging in daily across its 15 active servers.

So how exactly is Square Enix doing it? Let’s break it down. 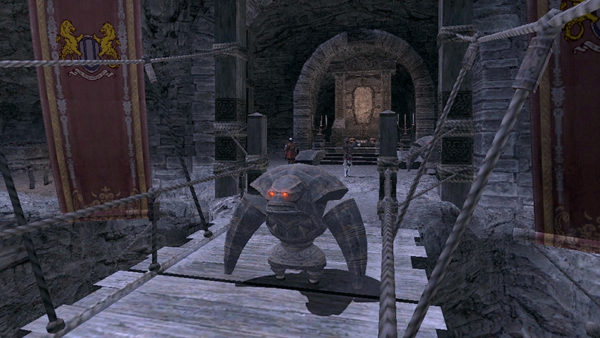 Final Fantasy XI is an old, old game that has hundreds of areas to explore, and five expansions worth of content and story to run through (plus more smaller DLC-like add-ons). While MMOs today have higher standards for their in-game story, back in 2003 when FFXI first launched worldwide, that wasn’t necessarily the case.

FFXI was notable in its effort to up the quality of MMORPG story telling, and continued to improve on that with each passing expansion. This culminated into a final story expansion released last year, Rhapsodies of Vanadiel, which ties all of the major expansions together, and actually delivers a feeling of “beating the game” at least from a story perspective, which is pretty cool for a MMORPG.

Beyond story, there’s also years worth of end game to pour through. Unlike modern MMORPGs that opt for rapid vertical progression of gear that quickly abandons older dungeons/raids in favor of new ones, a surprisingly high amount of Final Fantasy XI’s older content is still very relevant today. This is because even super situational gear can be swapped in for a split second during certain macros to gain their effect – which is an aspect of the game that some do not like – and then swapped back out for your normal gear.

Either way, because there’s a lot of worthwhile gear spread out across years worth of content, such as currency for relic weapons and upgradable artifact armor, there’s a wide variety of events to choose from to break up the monotony. 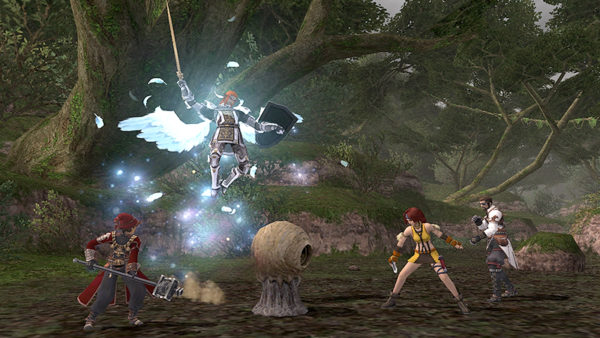 Final Fantasy XI was a huge success, don’t get us wrong, but it had a few glaring issues which prevented it from ever beating out a game like World of Warcraft. Its biggest flaw was probably its reliance on party play.

Back in its heyday, very few jobs could effectively solo, and you were essentially forced to wait for a group to form to get anything meaningful done. Also, FFXI’s balance was chaotic, and if your job wasn’t desired, you had better be proactive in making your own groups or friends or else you could go days without ever seeing an invite to something. While job balance in FFXI is still quite chaotic, the FFXI development team has shown over recent years that they are realistic about the issues the game has had, and what their current player base wants.

Nothing stops you from grouping up with friends to level up and get to end game, but you also now have the option to create your own party of powerful NPC characters from the storylines to level up if you’re by yourself. A smart move considering how top heavy the player base likely is at this point. Nearly all of the story content can be cleared solo if you wish, and even the most recent ones that likely require a group, aren’t as stingy with job roles as some high-end story line fights were in the past.

Finally, while top tier end game events still have jobs that are in favor over others, older or more casual end game activities can essentially be done on any job. Plus, a newly added event called Ambuscade rotates its boss fights each month and forces players to come up with new strategies and use different jobs depending on what the fight calls for.

Despite the announcement last year that Final Fantasy XI would no longer receive any content updates… the game has continued to receive content updates. Granted, there probably won’t ever be another expansion that adds new areas and jobs and the such, but that doesn’t mean FFXI is going stagnant either despite what many were led to believe by Square Enix themselves. If you’re going to be misled, it’s at least better to make things sound worse than it is and then over deliver right?

Monthly updates to the game still exist which feature small job tweaks as the developers inch ever closer to job balance. More importantly though, the development team showed earlier this year that they are still willing to create brand new battle content. The aforementioned Ambuscade is proof that Final Fantasy XI could still get new things to do, it’s just going to be created using preexisting assets. A fair compromise for a game as old as FFXI that already has a successor of sorts via Final Fantasy XIV.

Final Fantasy XI is not going to ever return to the spotlight. It’s an old game. However, FFXI is still as fun, if not more fun than it has ever been, and even if the game is in its retirement home phase, it’s aging with class and dignity.