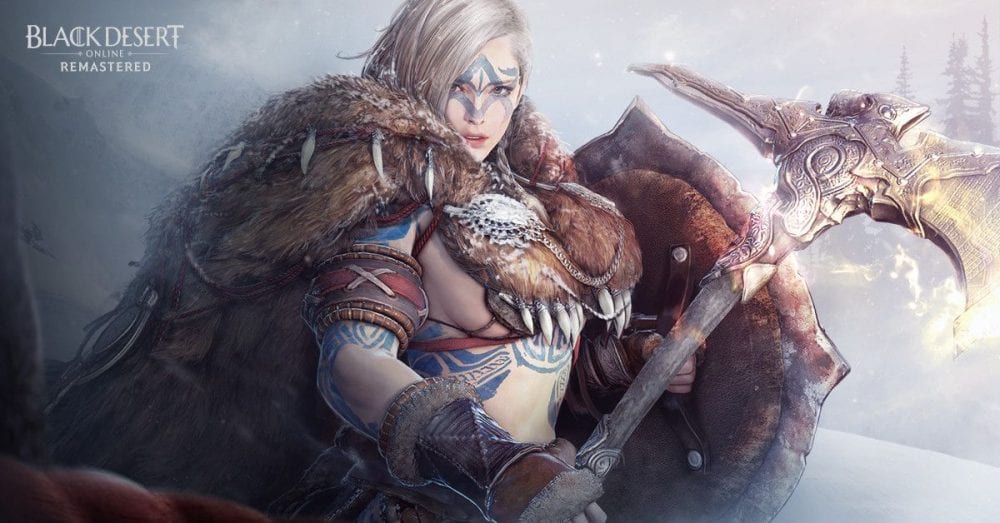 The 19th Black Desert Online class has a release date of Jan. 22, Pearl Abyss and Kakao Games announced today. The Guardian is a new female combatant who wields a battleax and shield, using heavy melee attacks to crush her opponents. Pre-registration begins later this month, Dec. 24.

Today’s press release doesn’t mention whether the Jan. 22 date is across all platforms. Previously, new character classes have come to PC first, though.

“The Guardian is a female combatant from the mountains who follows the will of the ancient dragon Omua. This hardened warrior must wade through the turmoil of her fragmented memories and willingly made a pact with the Black Spirit in search of Ynix, the holy flame that could kill even the gods… “

The Guardian uses a variety of skills to control the ebb and flow of the battlefield with wide and powerful strikes of her ax and shield. Some of her most noteworthy skills are:

You can check out the Guardian in a new trailer below.

Elsewhere in BDO, this week also saw another pair of classes receive their Succession skills. The agile Musa and the graceful Maehwa are received these new skills following the Warrior, Ranger, Tamer, and Valkyrie that already received their new skills.

If you’d like to check out footage of the Guardian class in the character creation menu, you can watch it here.