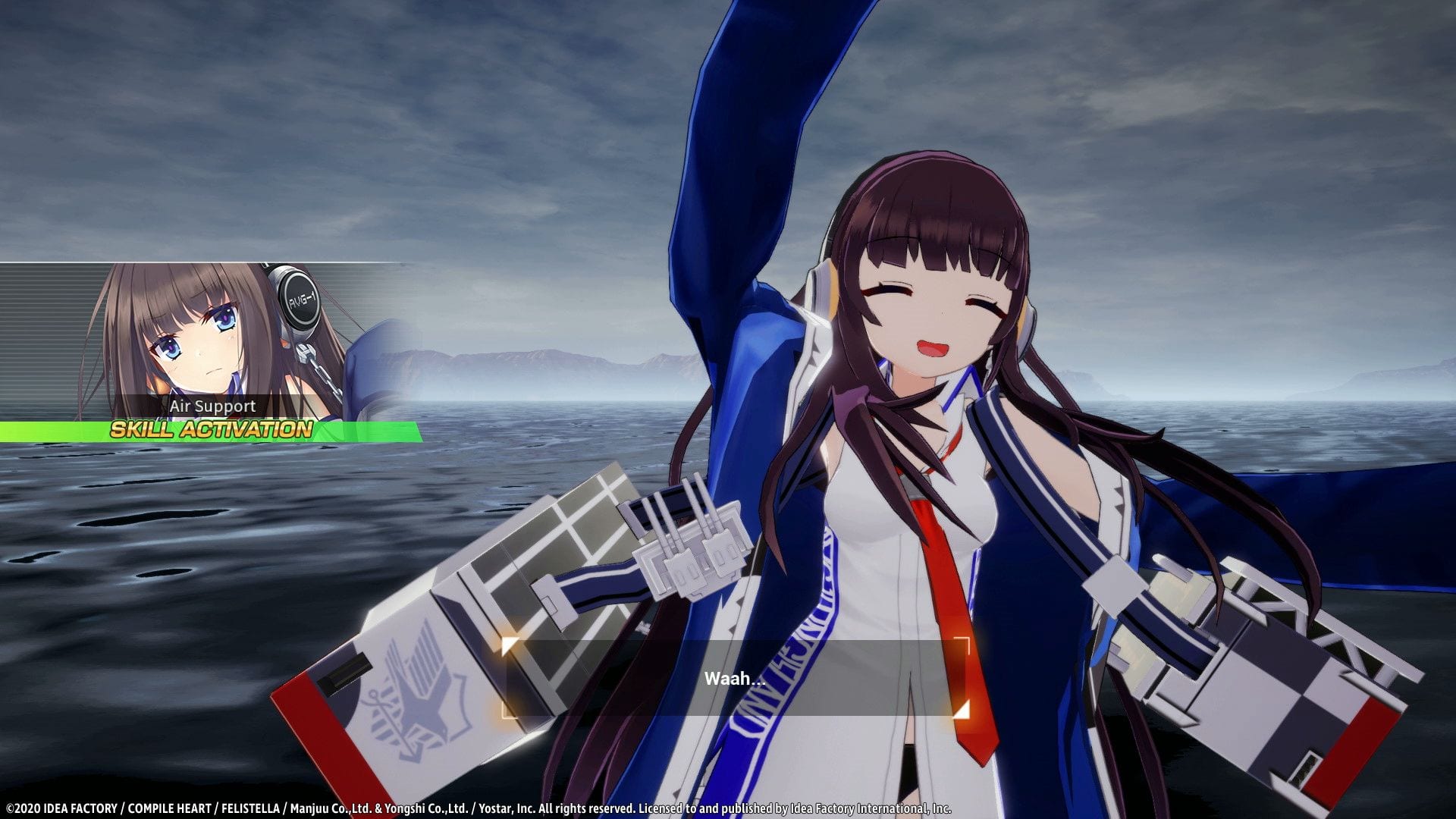 First of all, we get to see more shipgirls and even a couple of sirens, including Observer, Purifier, Long Island, Suffolk, San Diego, and Shiratsuyu.

We also take a look at a few gameplay features included in the game.

Here’s what the press release has to say about the sirens and shipgirls.

Among the Sirens is the Observer whose work involves her namesake: to observe those who are able to connect and interface with the history and lore of the naval vessels. She is rarely ever seen partaking in any matters of the world. She holds a twisted view towards the humans and Kansen that can only be explained as being eerie and complex, which are reflected by her menacing weaponry. What happens after her observation this time is unknown…

A member of a mysterious group that appeared from nowhere… the Sirens. Among them, Purifier is very prudent in attaining the group’s “goal.” She has an aloof, holier-than-thou attitude. For some reason, she is upset over the peace in this world. It’s no wonder she would try to cause a stir during the Joint Military Exercise. She’s working on some kind of plan, but will it succeed?

Long Island
A long-haired, lethargic girl who calls herself a ghost. She’s more like an otaku, really, but her unique battle tactic of attacking from blind spots makes her no different than a ghost in battle. She declined the invitation to attend the Joint Military Exercise many times, but she finally caved and joined. Then again, she did want to meet old friends, so it couldn’t be helped. In particular, she really wanted to see Ayanami again.

A relaxed, easy-going heavy cruiser of the Royal Maid unit. When the need arises, she can show how she got to be a part of them. With how peaceful the world is, there aren’t many opportunities for her to get serious, but as luck would have it, Suffolk would be involved in a certain major incident at the Joint Military Exercise…

San Diego’s naval history within Eagle Union places her next to Enterprise in terms of accomplishments, but… she has a knack of doing whatever she pleases, and often takes action in the most unexpected way, which surprises many around her. Oddly enough, even if she takes things easy, she seems to arrive at great results so often that she’s referred to as a “smart idiot” sometimes. Whether there’s merit to that remains to be seen. Because of her nature, her actions during the Joint Military Exercise will surely cause quite a stir.

A petite, older sister whose memory isn’t very good. She can’t remember things that happened but five minutes ago. Her sense of direction is pretty bad, too. Her traits could make her a burden, but her friends, along with the memos she carries to remind herself of things, help her along quite a bit. In the end, she has proven herself and the results show. Odds are that she doesn’t remember why she’s participating in the Joint Military Exercise, but that doesn’t seem to be bothering her very much at all.

We also hear more about gameplay:

Adjusting Difficulties: There are 3 modes of difficulty that can be changed any time:Easy: The perfect difficulty for those new to shooting games. If you deploy a battleship, odds of you losing are close to none.

Normal: The perfect difficulty for those who are used to playing shooting games. Depending on your formation and leveling of your skills, you may be able to clear the game without an extensive need of leveling your characters.

Hard: A challenging setting that is best for those who have cleared the game a number of times. All boss characters receive attack and defense boosts, making the entire playthrough challenging. Depending on how well you play, you may even experience battles that emulate what it would be like to face each character based on how strong they are in the story.

Players can give their Main Fleet special stat bonuses depending on who they place in both their Main Fleet and their Support Fleet. The buffs players receive can be Torpedo attack power, reload speed, HP, and more!

For example, in the screenshot above, you can see that the Fleet Effect, “Cat Ears”, was implemented because the Support Fleet contains Aoba, Ise, and Shiratsuyu.

Be sure try out different character combinations to see what kind of Fleet Effects you can unlock, and don’t forget, Playable Characters can also be used in the Support Fleet!

Players will find that each character is designated by a Carrier Type. There are 5 different Carrier Types and the characters chosen for a player’s Main Fleet will impact their battles! Want to play heavy defense, or do you prefer speedy offense? The choice is yours!

Light Cruiser – Light Cruisers have features of both destroyers and heavy cruisers. They do well against aircrafts, so they excel using anti-air weapons. They are weak against normal fire.

Heavy Cruiser – They aren’t very fast, but their lock-on gauge charges faster than any other vessels. They can deal more damage than battleships if they can use their lock-on attacks frequently.

Battleship – They are very powerful and can take a great deal of damage, but their initial weapons lack firing speed. They are the slowest of all the vessels, and they use a Guard technique where other types use Dash. They are very resilient against normal fire, but are weak against armor-piercing shells as well as torpedoes.

Unique Character Skills and Item Upgrades: All characters have unique skills, such as Shimakaze’s “Lightning Flash” which boosts the attacks and speed of her allies. Commanders can strengthen these skills to their max potential by using items! You can also experience a boost in a character’s skills if their active skills are of the same category. Explore how far you can push your Kansen by changing up how you form your fleet!

Learn More About Your Favorite Character

Never-before-seen information is added in Azur Lane: Crosswave: Tutorials and character information has been added for Commanders who are unfamiliar with the lore of Azur Lane. Immerse yourself in the world of Azur Lane by learning a ship’s hobby, and even their likes and dislikes!

If you want to learn more about Azur Lane: Crosswave, you should definitely read the interview we pubished a few weeks ago, in which Compile Heart President Norihisa Kochiwa talks in depth about the project. You can also check out more shipgirls revealed a few days ago,  a second batch, a third one, a fourth, a fifth, a sixth, and a seventh.