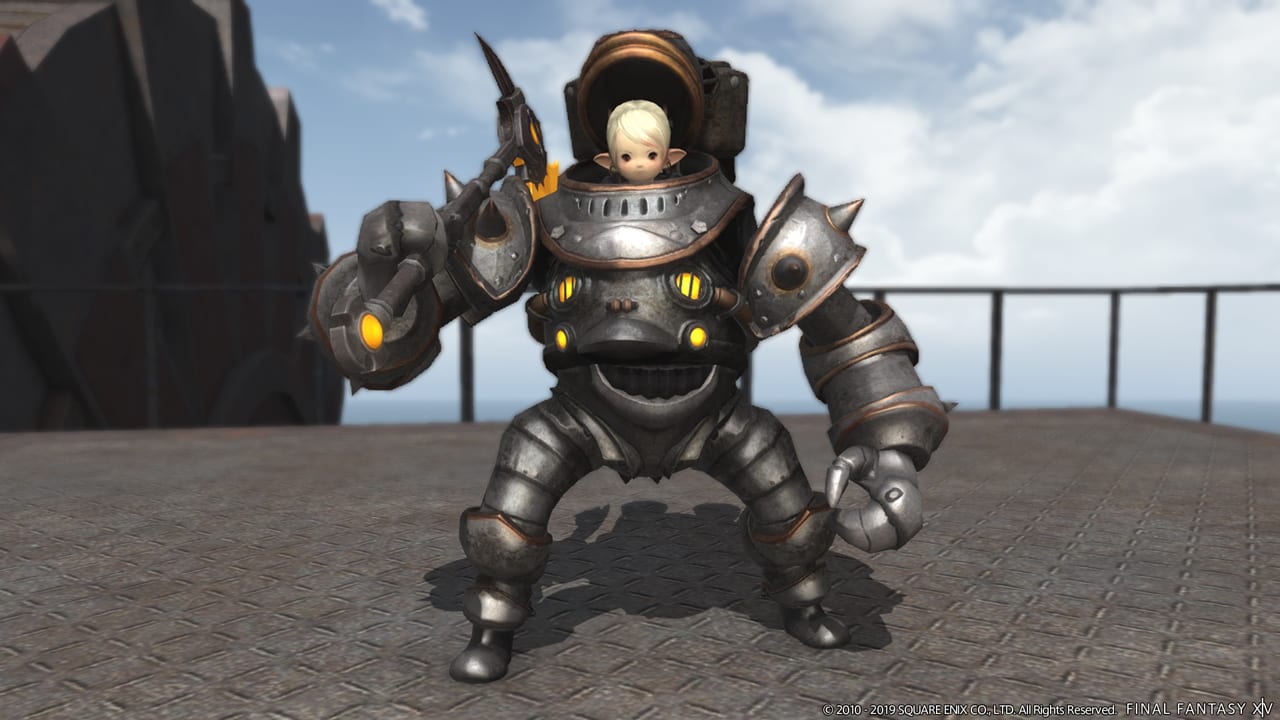 First of all, we get to take a look at the blue mage additions, which will bring new content for the game’s solo-friendly job.

Among the screenshots, we get to see the Blue Mage Log itself.

“Since last you met, Martyn has been striving to further the interests of the fledgling Blue Mages’ Guild. Not only has he uncovered a wealth of powerful spells for you to master, he has also arranged for groups exclusively comprised of blue mages to journey into perilous territory to test the limits of their abilities.”

Another addition that will likely drive the collector’s among us into a frenzy is a new mecha mount, which you can also see in the gallery.

Lastly, we get to take a look at the beautiful artwork showcasing the Crystal Exarch that will be used by Square Enix on one of its acrylic stands which will be made available in Japan on December 28.

Recently, Xbox boss Phil Spencer pledged to help bring the game to Xbox One as well.