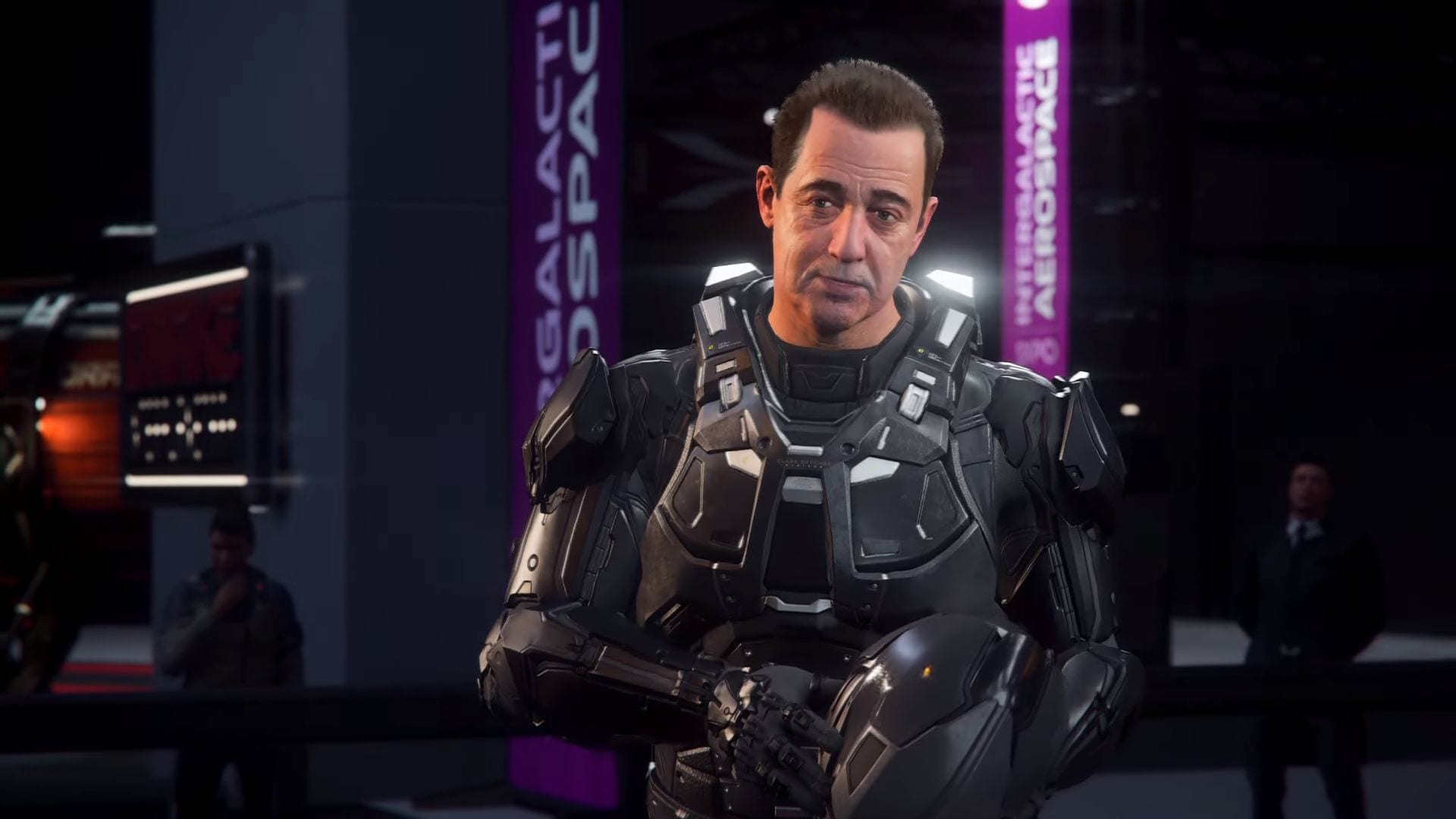 If you’re not familiar with Drake, its rugged and no-nonsense ships tend to be very popular among… problematic citizens. This has given the company a fairly bad reputation, which it’s trying to shed.

As usual we get a new trailer featuring the Top Gear parody with totally-not-Jeremy Clarkson Jax McCleary and totally-not-the Stig Jimmy.

On top of the trailer we get the reveal of the Drake Kraken Privateer, a variant of the massive Kraken attack carrier that is basically a flying mall that can hold ten shops (eight public and two private) within its large hull. Of course, it can still serve as a carrier as well.

Below you can see some artwork to give an idea of what it’ll look like. The last screenshot is a bonus from a mailing list showcasing the spaceport of New Babbage on Microtech that will be implemented across Alpha 3.8 and 3.9.

Purchasing the Kraken Privateer with real money doesn’t come cheap, as it starts $1,700 and Cloud Imperium Games is selling only a limited quantity, as it doesn’t want capital-size ships to be excessively common. Apparently, the available stock for today was sold-out in seconds.

That being said, you should keep in mind that all ships will be purchasable with in-game credits, so spending real money should be seen exclusively as a way to support the game’s development. If you’d rather not pull out your wallet, you don’t need to.

Speaking of lots of money, the game’s crowdfunding total has literally skyrocketed past $248 million.

To be more precise, at the moment of this writing it’s at $248,777,830 and climbing fast. This means that gamers have pledged almost 1.8 million dollars in about a day most likely due to the popularity of Aegis Dynamics ships and the beginning of the Kraken sale.

The number of registered accounts is now at 2,444,076. As usual, you should keep in mind that not all of them are paying players. The number includes accounts created for Free Fly events like the one ongoing now.