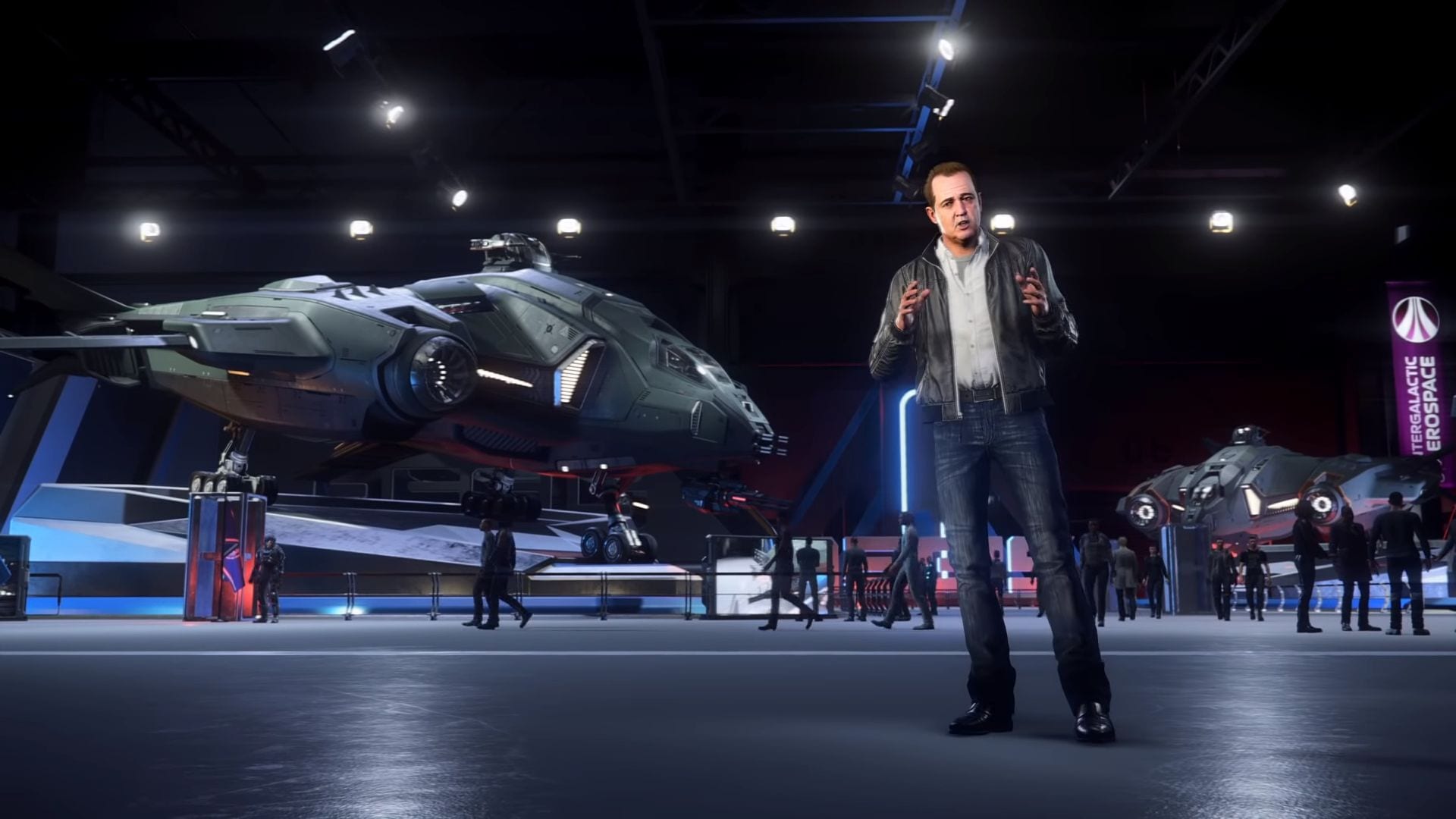 Aegis is one of the most popular manufacturers in the game partly due to its vast catalog of military ships, so the trailer released today focuses on a couple of those, the Vanguard (which has recently been remodeled) and the Nautilus minelayer.

Of course, the real stars of the show are the Top Gear parody hosts totally-not-Jeremy Clarkson Jax McCleary and totally-not-the Stig Jimmy.

With the Reclaimer and the Hammerhead, you have a chance to fly some big, big ships.

On top of the trial, the Anniversary sale is also ongoing which means that the  crowdfunding total  is continuing to grow, and it has now passed $247 million.

More precisely, it’s sitting on $247,032,110. This means that gamers have pledged another million in about a day like it happened for nearly every day of the sale.

The number of registered accounts is now at 2,441,421. As usual, you should keep in mind that not all of them are paying players. The number includes accounts created for Free Fly events like the one ongoing now.