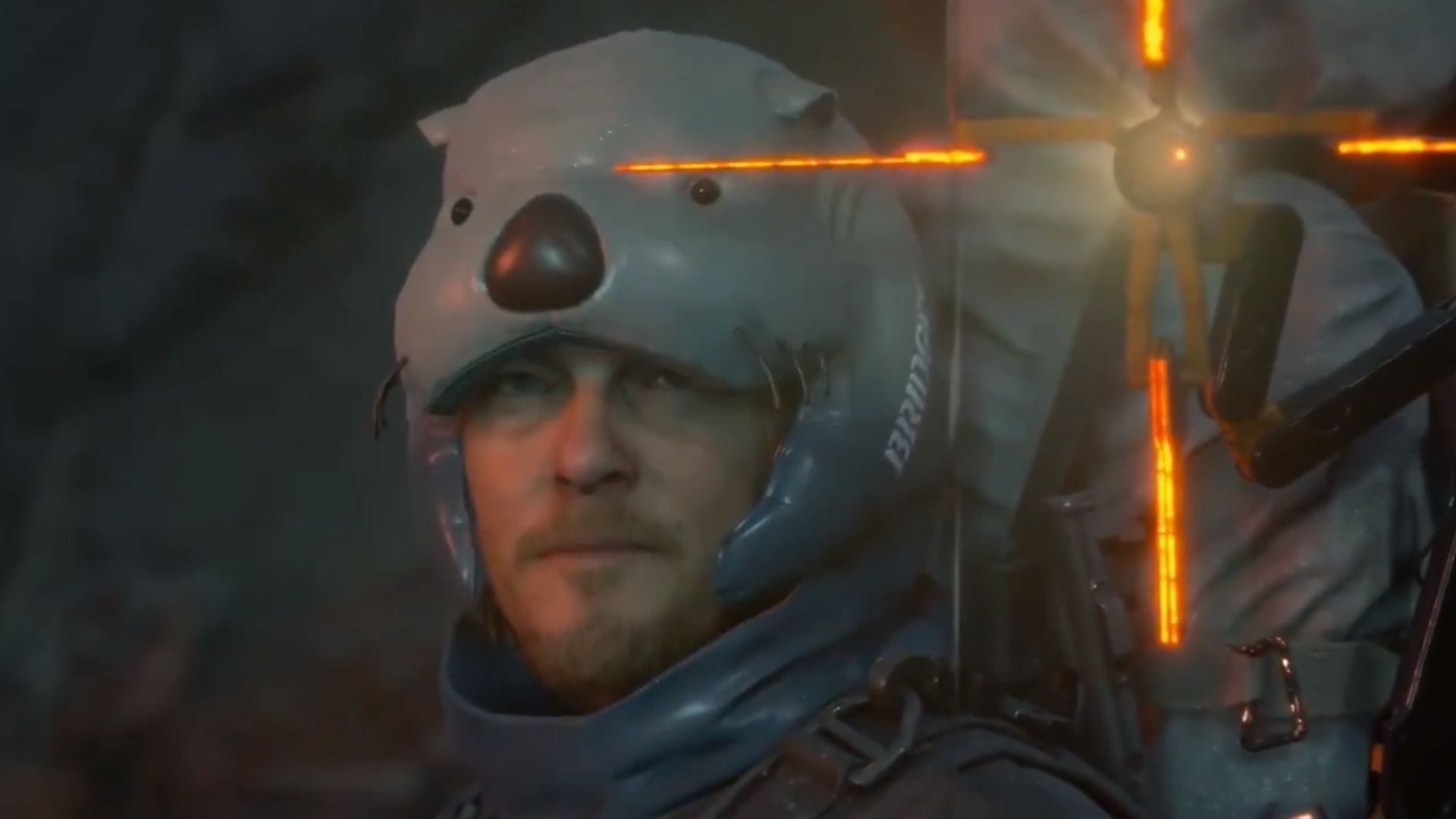 Following today’s reveal about the inclusion of a cameo featuring Conan O’Brien in Death Stranding, Hideo Kojima provided a look at the “Sea Otter Hood”

We get to see the full video showcasing how our hero Sam Bridges receives the hood from the prepper “The Wandering MC” played by Conan O’Brien, and we also get a look at what the hood does.

Not only it looks hilarious, but its effect is funny as well.

We also get the same scene in Japanese, with Tomokazu Sugita lending his popular voice to O’Brien.

The voice acting was intentionally given a style similar to what you’d hear in the seventies.

You may know Sugita-san for his roles as Yusuke Kitagawa in Persona 5, Chrom in Fire Emblem Awakening, and a metric ton of other relevant roles.

While Kojima-san calls it a “suit” in his tweets, it’s actually a hood. He explained the reason in another post:

If you want to know more about Death Stranding, you can take a look at the latest trailer, the previous one, another promotional video, the latest gameplay, and a previous batch of footage.