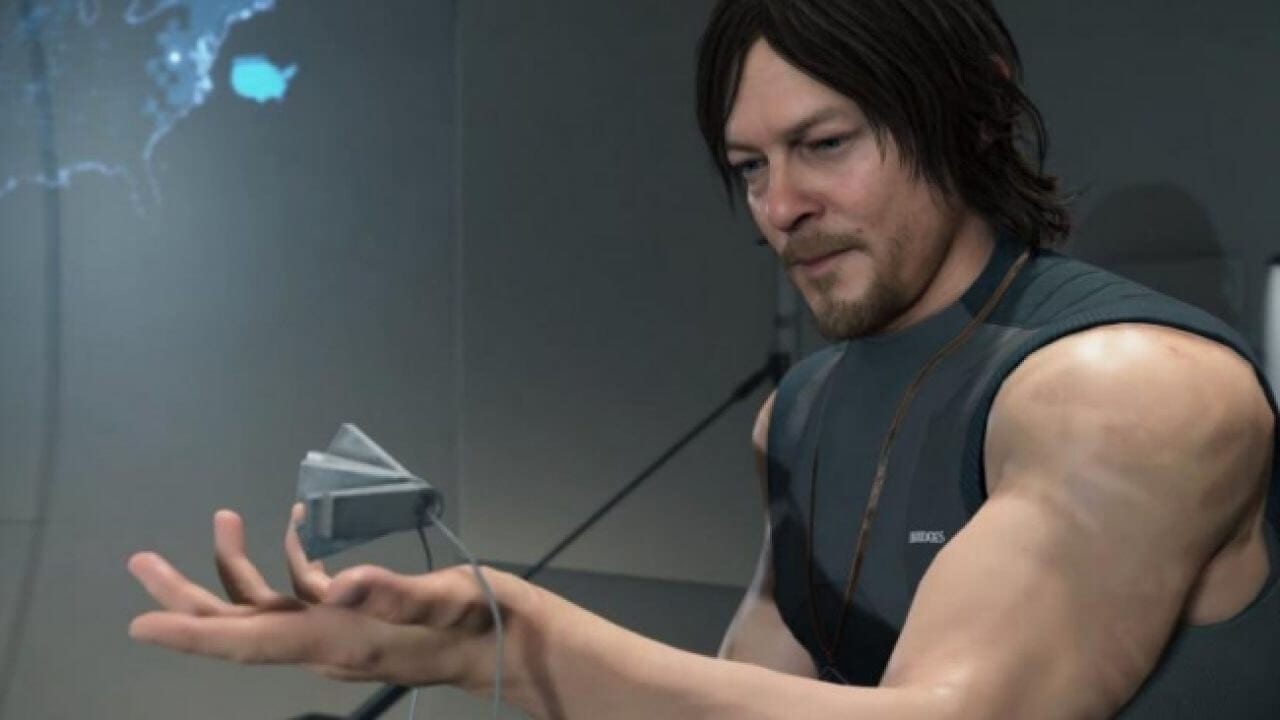 Hideo Kojima was on-hand for another Death Stranding gameplay presentation today at Tokyo Game Show 2019. The showcase detailed some of the game’s more subtle mechanics set within one of Sam’s Safe Houses, and the plethora of customization options players can expect in the game.

The presentation starts off by highlighting how incredibly realistic the game’s various animations look. We get to see Norman Reedus performing all sorts of different emotes, as well his… ablutions. The level of detail is, er, above and beyond.

Notably, we get to see how the game’s photo mode works –or at least, one photo mode function, anyway, which operates via the wash basin’s mirror. As Sam inspects himself after washing, he’s snapped in a very awkward position, which is rather amusing.

Moving on, we get to see how Sam will be able to select his inventory and equipment before heading out into the open world, selecting different items and weaponry from a locker. Some of the weapons aren’t available for selection, presumably because they haven’t been unlocked at this stage of the game.

For such a tiny room, the base is packed full of detail in every corner, and we get to see Sam interact with lots of different objects. He can also customize his outfits in lots of different ways, and get drunk, apparently.

Notably, Mads Mikelson makes a brief appearance for the first time in a while during a flashback. Sam heads out on a mission where he mostly just pees on things and takes a mud bath.

You can check out the full presentation for yourself below: