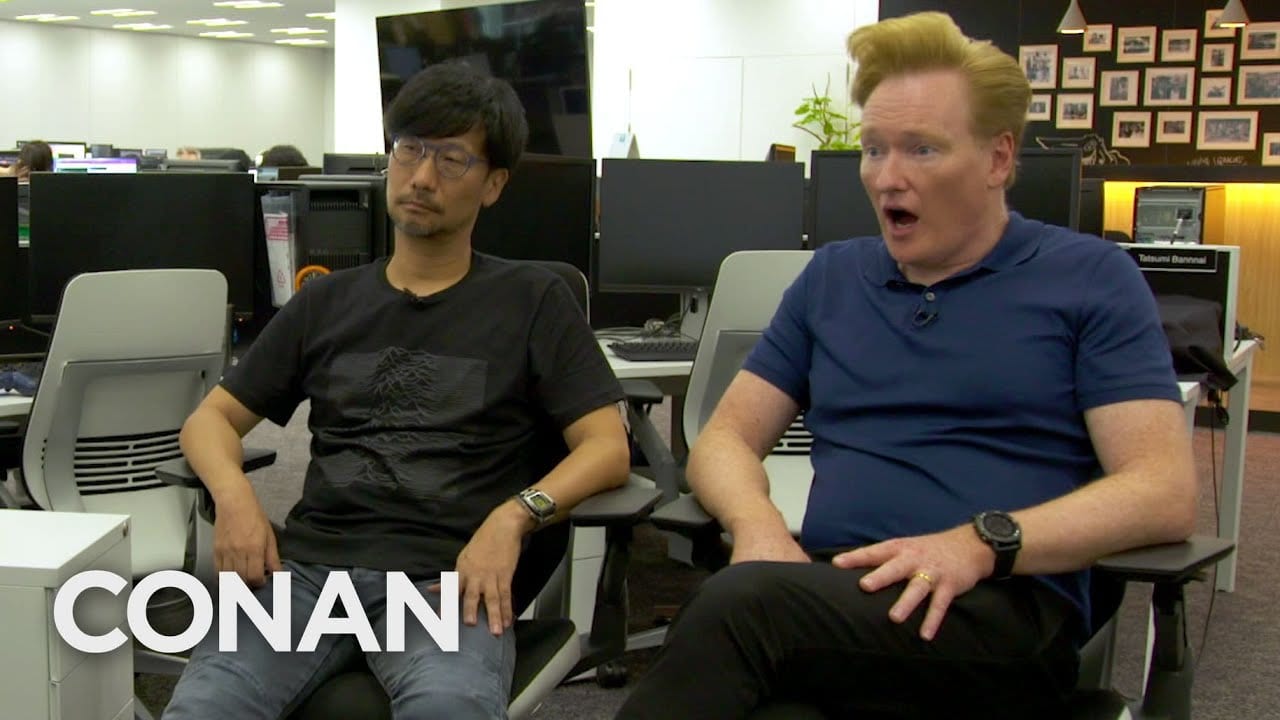 While the Clueless Gamer mini series has been dormant for quite some time now, talk show host Conan O’Brien still occasionally takes a dip into the video game industry to see what’s going on. Recently, he got to visit Kojima Productions, meet Hideo Kojima himself, and check out a little bit of Death Stranding.

The studio tour is, of course, as hilariously unhelpful as you’d expect, and serves to give us a brief and comedic look at some of the goodies that are stashed around the office.

What’s really caught our attention, though, was closer look at the insane-looking 3D scanner setup that’s used to capture an actor’s likeness to put them into the game. Which is exactly what Kojima offered to do for O’Brien in this video.

You can check out the full video tour down below.

Death Stranding is set to be released exclusively for the PS4 on Nov. 8.