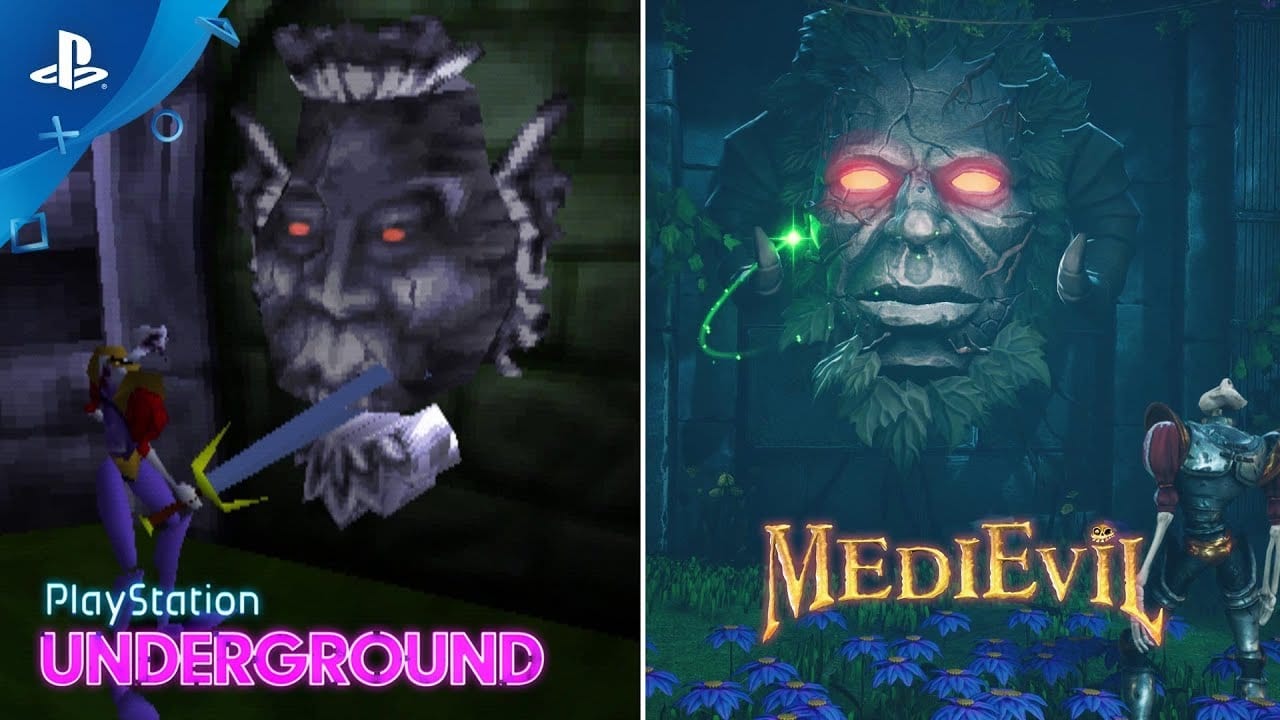 PlayStation Underground has published a new let’s play that compares the original MediEvil to the upcoming remake, which honestly highlights how poor early 3D games looked as much as it does showcase the beauty of the new version.

Indeed, for all our nostalgic memories, there’s no getting around the fact that MediEvil has not aged well. The new game, of course, looks absolutely brilliant, even if some slight frame rate dips and an occasionally wonky camera while playing the demo has me concerned the remake isn’t quite up to the standard of the recent Crash and Spyro ones. Fingers crossed that’s all sorted before launch.

The video features supporting commentary from PlayStation producer Nick Accordino as he plays through Asylum Grounds of both versions of the game.

Check out the gameplay comparison for yourself below:

For more developer comments on the MediEvil Remake, check out this behind the scenes video.

You can expect another Bonehead’s Guide to Gallowmere episode to release soon. If you’re not up to speed, it’s a tutorial series that aims to sharpen up your skills before you venture off to save the kingdom. The first was about the importance of using one’s shield.