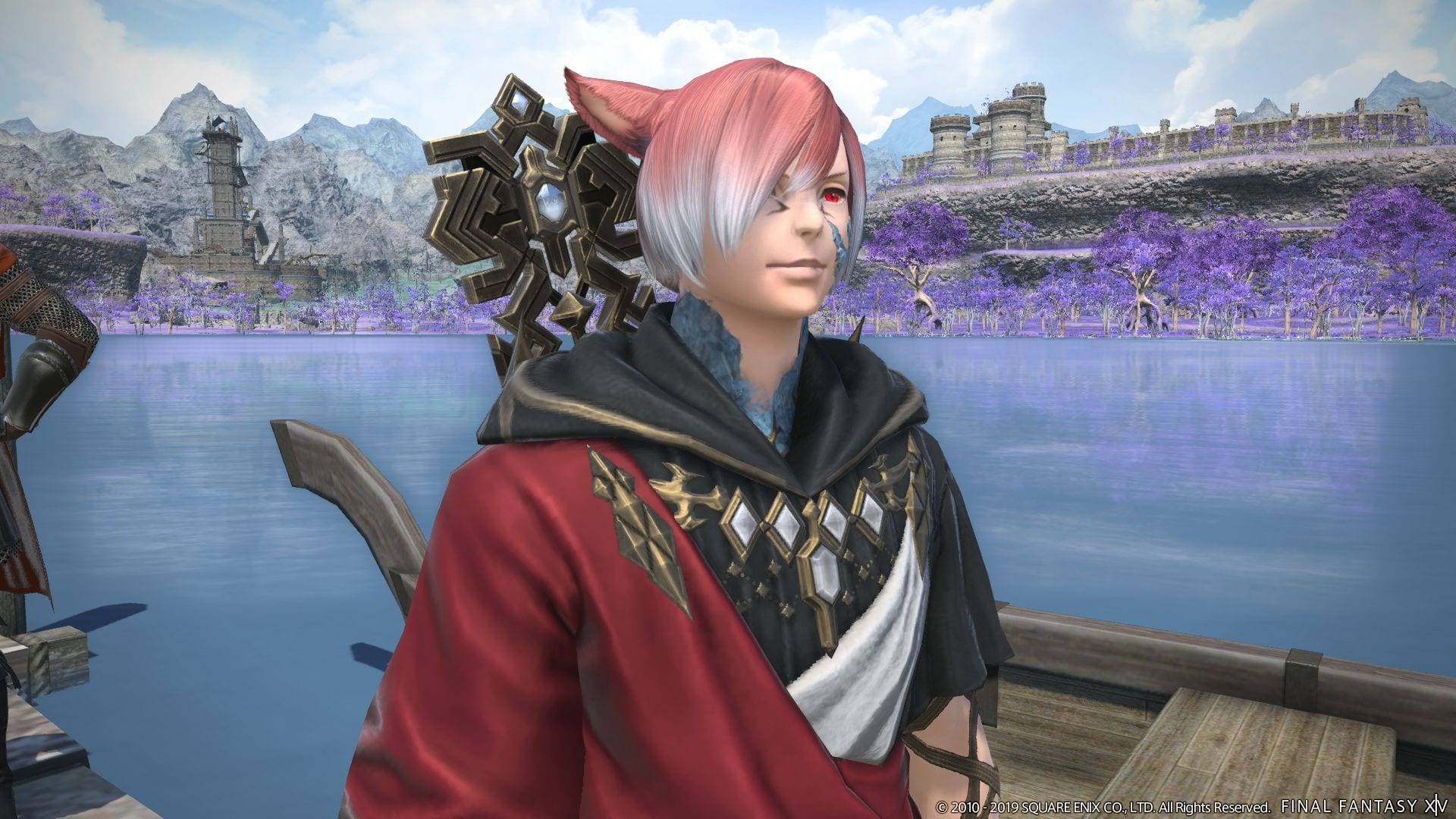 We get to see several elements that will be introduced in the patch including the story, the new dungeon, and new features.

Let’s start with the story, keeping in mind that the following paragraph includes spoilers if you have not finished Shadowbringers.

“Hades is no more, and darkness at last returns to the mantle of night. But victory does not come without consequence. How will the Scions mend the wounds of this broken world? What nefarious forces would dare rend them anew?”

Secondly, we move on to the new dungeon, titled The Grand Cosmos. Incidentally, we also get to see the gear it’ll drop.

“Long ago, on the far shore of the Source, a great palace was built by the elves─the Grand Cosmos, an edifice of such magnitude it was said to inspire envy in both the heavens for which it was named and the flowers that pervade its boundless gardens. As with so many wonders of the world that once was, its radiance quickly faded in the wake of the Flood, its halls falling silent, the throne sitting empty.

That is, until the palace was given new purpose when a mage claimed it as their sanctuary, their only company being solace, solitude, and the legion of familiars barring entrance to any foolish enough to seek an audience.”

Next in line are new features, starting with the New Game+

“Take a trip down memory lane to revisit previously completed quests, cutscenes, dialogue, and battles not found in the Unending Journey, all while keeping your current character and level. Patch 5.1 includes the main scenario quests for Heavensward, Stormblood, and Shadowbringers, allowing you to relive all your favorite moments.”

Last, but not least, is the Fellowship feature.

“Fellowships offer a new way for adventurers with common interests to band together. Join up to 10 fellowships on your data center, or make your own and invite up to 1,000 players. Use them to announce community events, recruit for raids and dungeons, relay information to track down elite marks, and more!”

Switching gears completely, we get to take a look at the rewards coming in the upcoming All Saints’ Wake celebration, whicb is basically Final Fantasy XIV’s Halloween, alongside the cute artwork created for the event.

Circus Resonator – Summon forth your Circus Ahriman mount, a voidsent bred by the Continental Circus.
Pumpkin Carriage – An outdoor furnishing item brimming with holiday spirit.
Fantastical All Saints’ Wake Advertisement – A hand-painted notice advertising the sorcery and spooks of All Saints’ Wake.

It’ll kick off in Gridania on October 17, and it’ll run until November 1.

Patch 5.1 will release later this month. If you want to hear more of what it’ll bring, you can read our extensive recap of the latest broadcast and how it’ll add more housing wards.