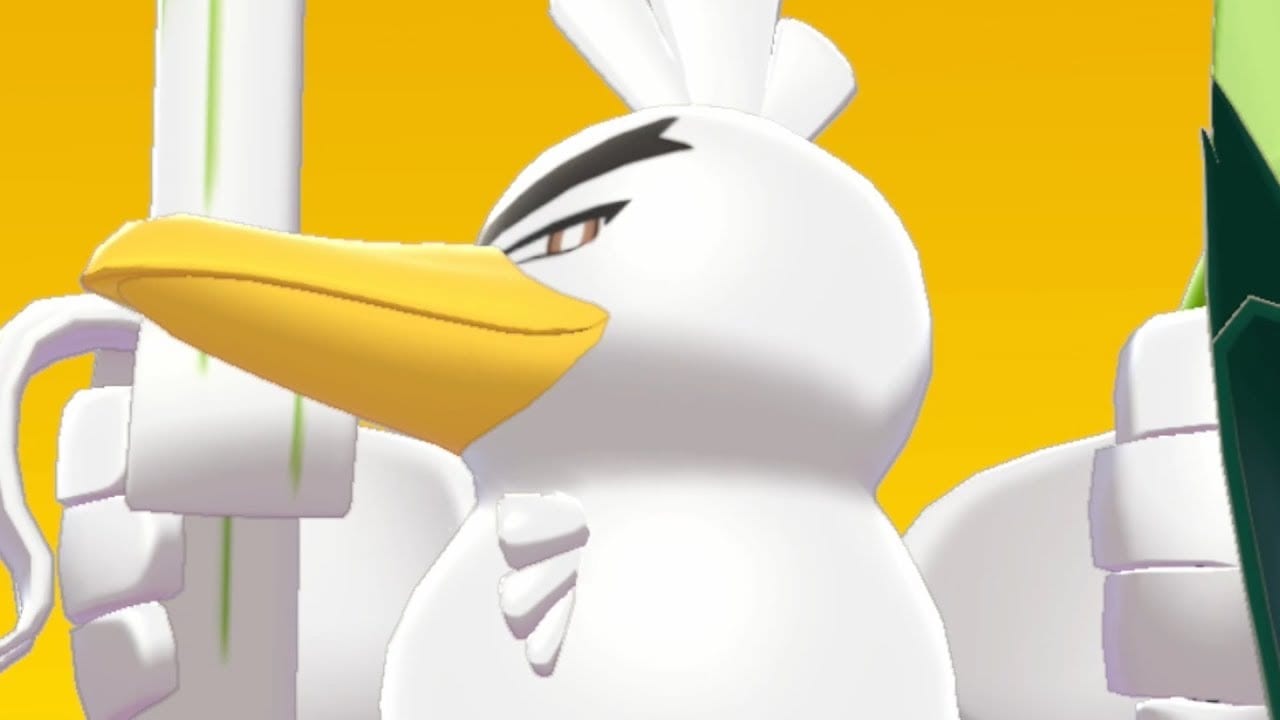 The Sirfetch’d rumors were spot on! Today, The Pokemon Company revealed the new Wild Duck Pokemon, which will feature in one half of the anticipated Pokemon games Sword and Shield.

Indeed, Sirfetch’d is a Sword exclusive type who evolves from Farfetch’d that inhabit the Galar region.

Sirfetch’d was actually teased last week on the Sword and Shield website, appearing as a strange glitch that flew around the screen. Once caught, curious fans were taken to a Pokedex screen.

The Farfetch’d of the Galar region can evolve into Sirfetch’d after experiencing many battles. They are calm and collected, and they make a point of always battling fairly. They are so noble in battle that they are often chosen as a motif for paintings. Of particular note is a painting—famous in the Galar region—that depicts a duel between a Sirfetch’d and an Escavalier.

In battle, Sirfetch’d uses the sharp stalk of its leek as a lance and the thick leaves as a shield. It maintains this leek over the span of many years and treasures it more than anything. When its leek finally withers, Sirfetch’d will leave the battlefield and retire from battling entirely.

Meteor Assault is a new move introduced in these games that only Sirfetch’d can learn! Sirfetch’d points its leek at the opponent and charges toward them at great speed. This move is devastatingly powerful! However, it appears that the move also puts great strain on Sirfetch’d. It will be unable to take action immediately after using this move.

We now get to see some of that in action for the first time, though only briefly.

Lastly, if you are hungry for Sword and Shield content and you have not already checked out the game’s trailer from the previous Nintendo Direct then we suggest you get onto that.