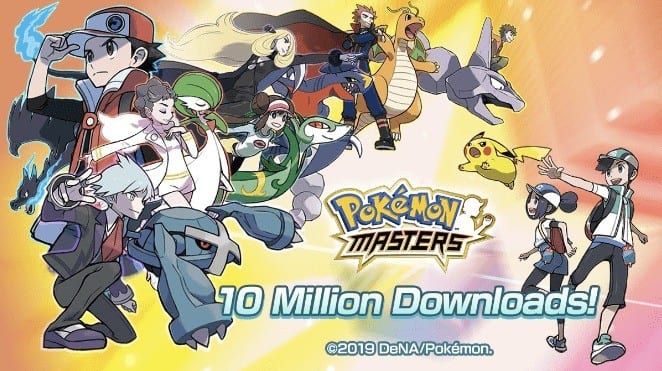 Publisher DeNa and the developer The Pokemon Company announced today that Pokemon Masters has already smashed past 10 million downloads across Android and iOS devices after just four days since its Aug. 29 launch.

Unlike Go, however, Masters doesn’t use the same location-based AR gameplay design. Instead, it’s a strategy and battling game where players form teams of sync pairs (the combination of a Trainer and their partner Pokémon) to engage in 3-on-3 real-time battles against AI opponents.

It’s a design that breaks the mold of conventional Pokemon games, which have always placed an emphasis on catching as many Pokemon as possible rather than nurturing a single one. In this way, it feels like a video game version of the animated series more than any other game in the series.

While 10 million installs in such a short space of time is hugely impressive, Masters still has a long way to go if it’s to emulate the success of Pokemon Go.

To put it into perspective, Nintendo’s Animal Crossing was downloaded just shy of 15 million times in its first release, netting $9.8 million in revenue in the process. Over that same amount of time, Pokemon Go had earned $100 million.

Here are some comparisons to other popular mobile game downloads:

If you’ve just started playing Pokemon Masters, check out our latest feature on what you should do first.