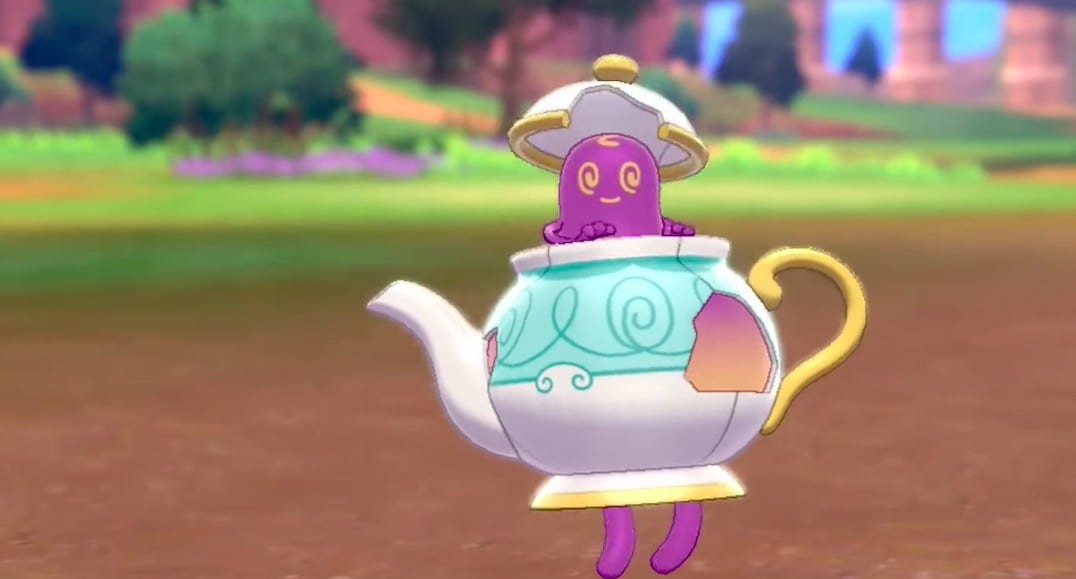 Today, during a Nintendo Direct, The Pokemon Company showcased a brand-new trailer for the upcoming pair of Switch JRPG’s, Pokemon Sword and Pokemon Shield.

The new trailer showed off some of the new trainer customization options and we even got a look at some new Galar Pokemon.

Not only will you be able to customize tops and bottoms for your outfit, but you can also change outerwear, gloves, makeup, hairstyles, and more.

Pokemon Camp was also shown off and is a place where you can go to play with your Poke pals. You can also visit other players’ camps and hang out with up to three other players and interact with their monsters too.

You can also cook up curry and rice dishes at the camp that, depending on how well you cook up, will make your Pokemon happy.

Polteageist is one of the new Pokemon shown off during the new trailer and it’s essentially a haunted teapot Pokemon. It’s body is made of tea and it has a special ability called Weak Armor.

Cramorant was the other Pokemon shown and it’s a flying/water-type Pokemon that resembles a pelican mixed with another type of bird.

Pokemon Sword and Pokemon Shield will launch exclusively on the Nintendo Switch on Nov. 15, 2019.