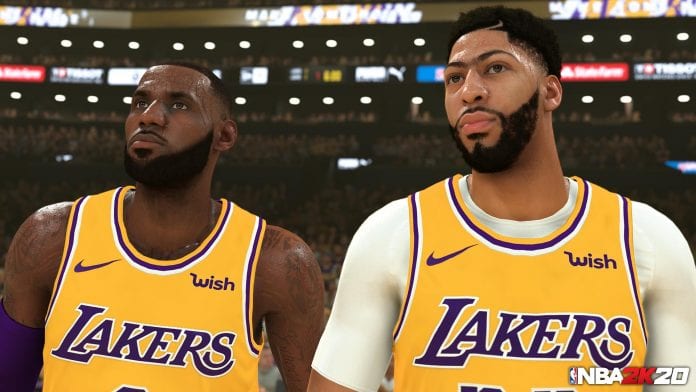 Glitches are nothing new to fans of the NBA 2K franchise, and this year the no name bug makes a glorious return. It’s not the worst issue, but it’s highly obnoxious. Here’s what we know about the name glitch in NBA 2K20.

How to Fix the Name Glitch in NBA 2K20

If you’re not familiar with this issue, then you’re one of the lucky ones. The gist of the glitch is that your MyPlayer’s name will not appear on their jersey, in lineups or on stat cards that display in the middle of games.

This doesn’t have any impact on any major parts of gameplay and it doesn’t render any modes of NBA 2K20 unplayable. Yet, for a game that’s supposed to be about realistic basketball simulation, this sure kills immersion.

As of right now, 2K has not released an official resolution for the bug, but it has been reported that their customer support has advised some people to create a new character and enter the last name first.

Reddit user, groovyk88, reported that 2K is now suggesting this new player method to the people playing MyCareer in NBA 2K20. This solution has not worked for everyone.

Even if it works, this isn’t ideal for most NBA 2K20 players since they have likely already used VC on their MyPlayer. Also, there’s no way to be sure that they would be able to get their VC refunded to use on the new player.

This problem will most likely need to be resolved by 2K with a future patch that can also fix the other bugs present in this game.

That’s all there is to know about fixing the NBA 2K20 no name glitch for now. If you’re interested in buffing up your knowledge on the game mechanics, then check out our NBA 2K20 Wiki. We have also included some other helpful guides down below.