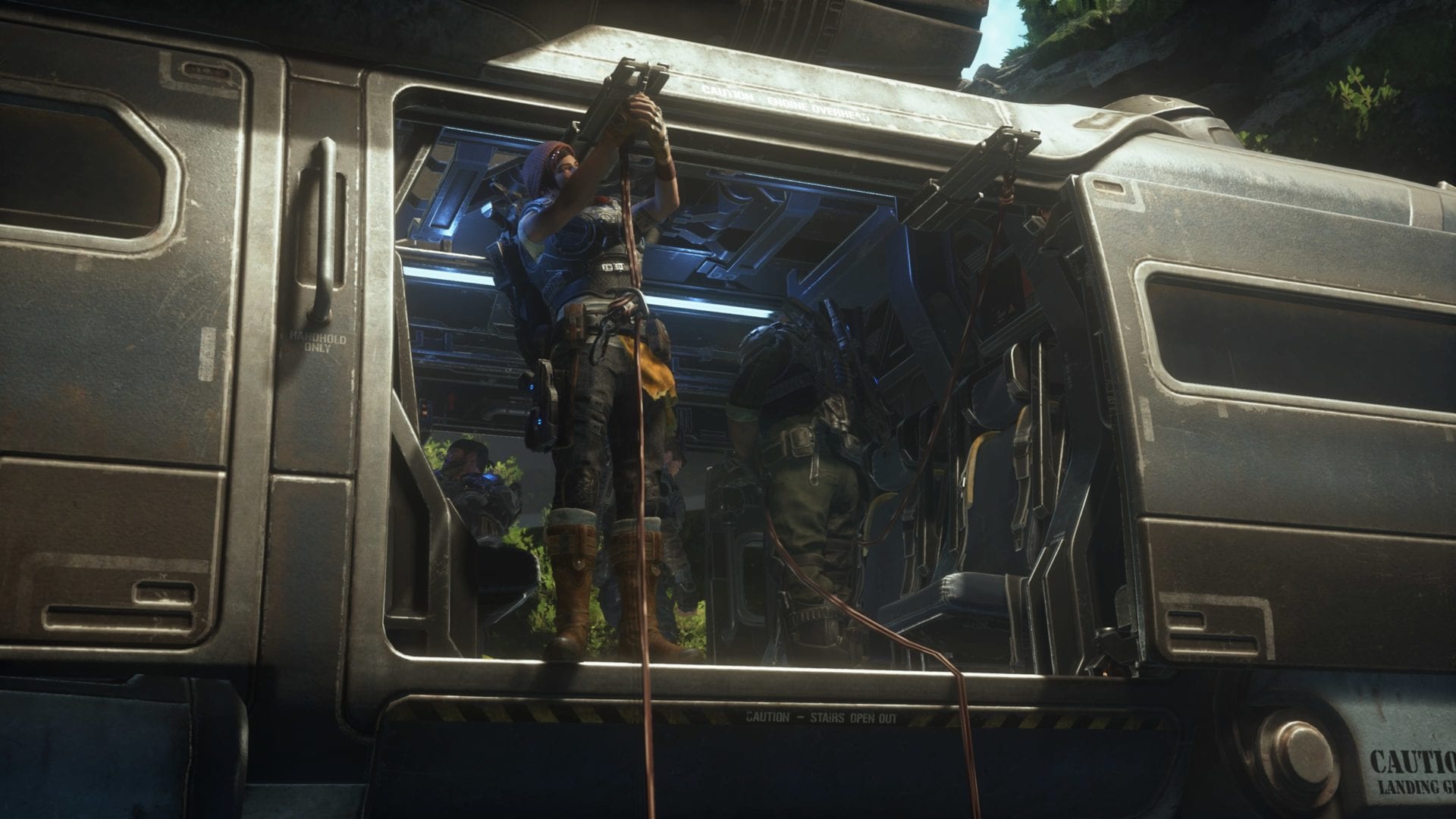 During Gears 5’s campaign, you’re going to come across a lab hidden under the ice of sorts, and you’ll begin exploring it with the help of the doctor who it belongs to. After a brief cutscene where Kait’s attempt to break her link to the Swarm hivemind goes wrong, you’ll eventually come to a boss fight. Here’s how to beat Matriarch in Gears 5.

The Matriarch is some giant, horrifying-looking Swarm creature that essentially amplifies the signal of the Swarm hivemind. As such, it’s giant, powerful, and isn’t going to take lightly to you trying to kill it.

Problem is, it’s not all that difficult to beat, and you’ll need to empty a ton of rounds into it if you’re going to succeed.

To beat the Matriarch in Gears 5, simply put, you need to aim for its back. If you can get behind it, you’ll see a large, glowing orange spot that you’ll need to focus on. Problem is, as soon as you start firing at Matriarch, it’ll turn around and come chasing you down.

To help freeze it, you’ll want to use the thin ice that’s right in front of you when this boss fight begins in Gears 5. As the Matriarch begins running towards you, shoot the ice just by its feet and it’ll fall through the ice, freezing in place.

At this point, you want to quickly run around behind it and start unloading as much as you can into its glowing weak spot on its back.

You’ll have about 5-10 seconds before it unfreezes and continues to hunt you down, so don’t get too greedy. Take your time and you’ll eventually whittle the Matriarch’s health down.

All you then need to do is rinse and repeat this method over and over again, moving from one side of the thin ice to the other and shoot at the Matriarch to get it to charge at you. Shoot at the ice by its feet and begin shooting that weak spot again.

Tips for Beating Matriarch in Gears 5

Down below, we’ve summarized what we’ve noted above, alongside some new tips and tricks to help your survive and beat Matriarch.

How to Beat Matriarch Boss Fight

That’s everything you need to know on how to beat Matriarch boss fight in Gears 5. For more tips, tricks, and guides, be sure to search Twinfinite, or check out our ever-expanding Gears 5 guide wiki. We have also listed some other helpful guides down below.