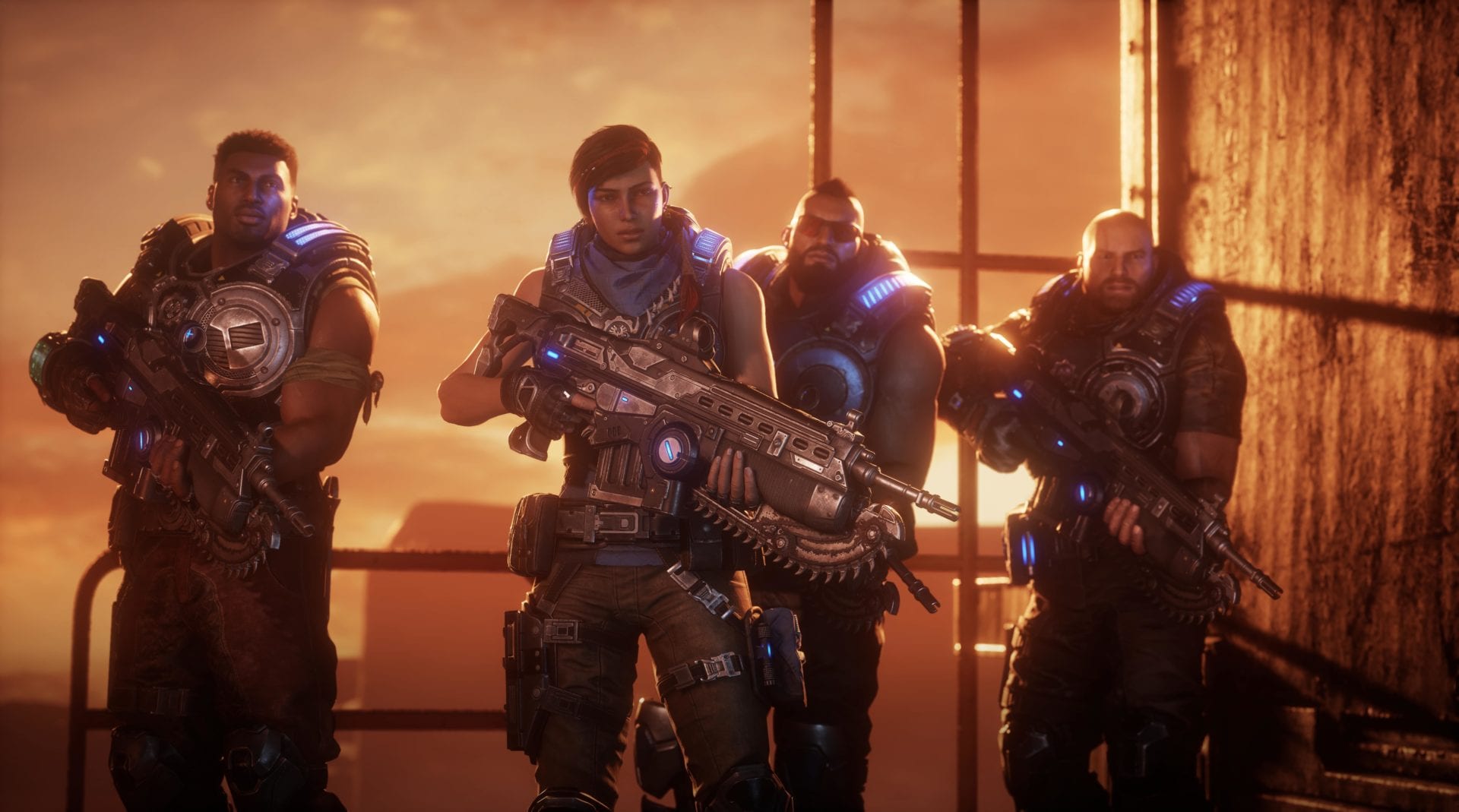 During acts 2 and 3 of Gears 5‘s campaign, players will be given free reign of two sandbox areas with things to uncover. The ‘Pennies from Heaven’ achievement tasks players to ‘Scavenge supplies from all fallen Condors in Act 2 and 3.’ If you’re struggling to figure out where these are, fear not, we’re here to run you through it.

When you’re given the freedom to explore the icy valley and the desert in acts 2 and 3 of Gears 5’s campaign respectively, you’ll want to start venturing out on your Skiff.

Anywhere that you see a yellow flag blowing in the wind around the perimeter of these areas, or anytime a ‘?’ appears on your map or one of the characters mentions a ‘Fallen Condor’ when you’re exploring, head straight to this location. We’ve circled one guaranteed fallen condor location in Act 2 on the screenshot below.

It’s worth noting that there are only three of four Fallen Condors across both acts 2 and 3, so as long as you’re exploring these open-world areas, you should find them fairly easily. They’re not hidden or out of the way, so just make sure you’re clearing out all of the question marks on your map before going past any points of no return in these acts.

How to Scavenge Fallen Condors in Gears 5

When you arrive at one of the crash sites, you’re not going to be alone. You’ll either have to gun your way through various Swarm or DeeBee enemies before you can get to the scavenging.

After clearing them out, you’ll then be able to head into the wreckage of the Fallen Condor itself. To scavenge Fallen Condors, all you need to do is look out for the small safe somewhere within the wreckage and then press X to get Jack to open it up.

Inside, you’ll find either Components to upgrade Jack’s abilities, or an Ultimate Upgrade ability for Jack that drastically changes how some of his abilities work.

That’s everything you need to know on where to scavenge fallen Condors in Gears 5. For more tips, tricks, and guides, be sure to check out our ever-expanding guide wiki.