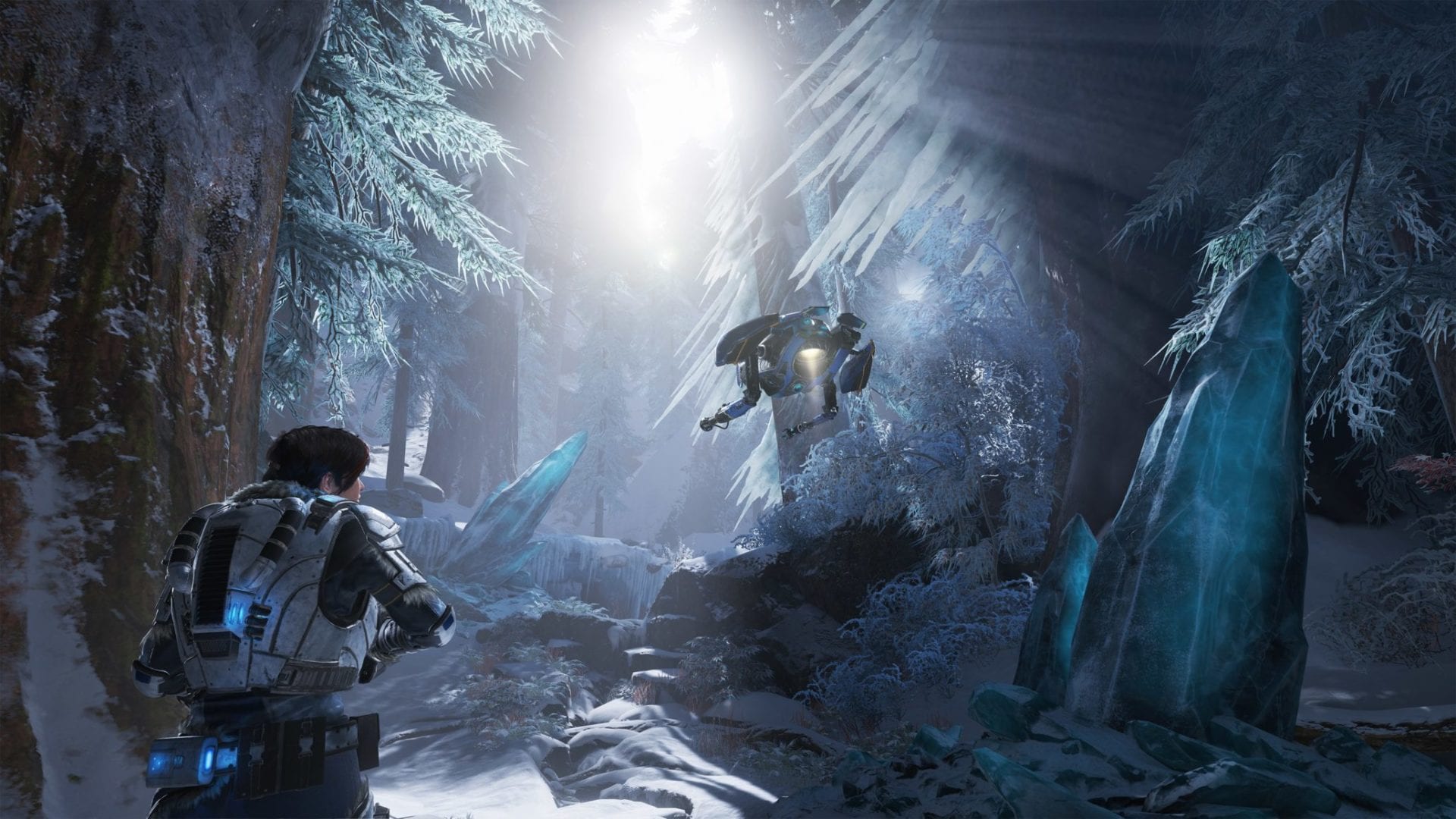 There are many different ways to kill in Gears 5, as the game features a boatload of destructive weapons that’ll turn you enemies into minced meat. Yet there are few more effective ways to get the job done than with some simple stealth. Here is everything you need to know about how to stealth kill in Gears 5.

While past games in the Gears of War series have always placed a heavy emphasis on run and gun, cover-based fights, Gears 5 adds a few more elements to the combat.

Instead of constant dogfights, sections of the game integrate stealth into the equation.

Entire areas are devoted to moving around sneakily, as Gears 5 has chosen to move away from cramped spaces to focus on more open-world environments.

As such, you’ll need to have your wits about you as you traverse these large areas, all the while hoping that your enemies don’t.

Using stealth kills will make some battles easier and others altogether unavoidable, if done right.

So what do you need to do to kill someone silently in Gears 5?

Obviously, the first prerequisite is to own an Xbox One console, as the series is an exclusive for the platform.

Next, there are only a few situations in which you can actually execute a stealth kill.

How to Stealth Kill in Gears 5

Now that you know how to move a little more light-footed, you’ll be able to make short work of your enemies.

That is everything you need to know about how to stealth kill in Gears 5.

If you’re still struggling with other parts of the game, be sure to search Twinfinite for more useful tips, tricks, and guides.

We’ve even got you started with some of the most popular guides on the game below, taken straight from our official guide wiki.