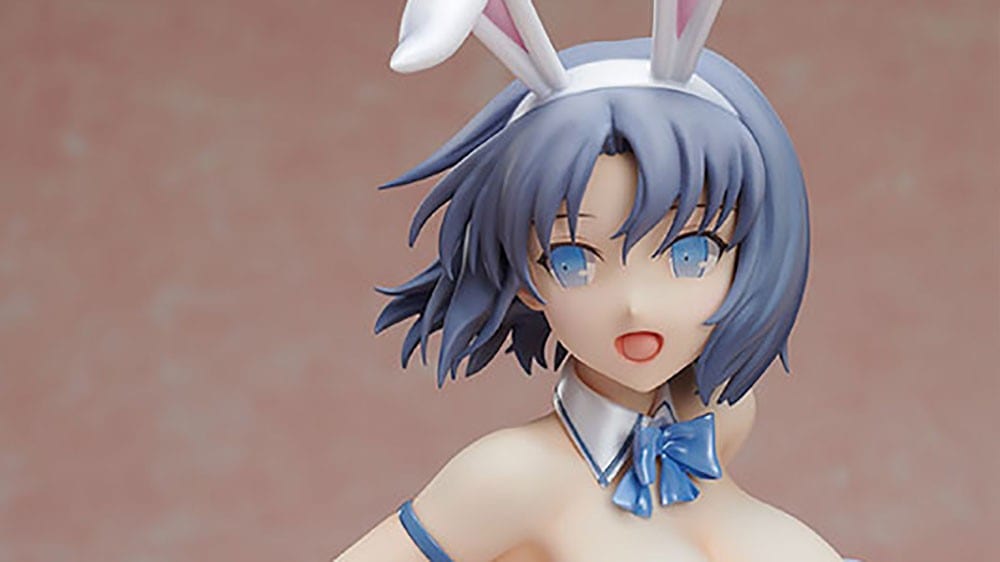 Today a new figure portraying Yumi from the Senran Kagura series has been made available for pre-order.

The figure is by Yokohama-based manufacturer FREEing, which is mostly known for its massive bunny girl figures. A line from Senran Kagura was just a matter of time

It’s available for pre-order at multiple Japanese retailers including AmiAmi, priced at 22,800 yen, which translates to $210.

While it may seem fairly pricey, it’s mostly due to the aforementioned massive size. The 1/4 scale means that she’s approximately 385 mm of charming PVC sculpted by Dragoncraft.

Incidentally, another Senran Kagura figure is coming down the line, portraying Yozakura, and you can see a sneak peek in the gallery posing alongside Yumi.

“Yumi in a magnificent bunny outfit!
From the smartphone game “Shinobi Master Senran Kagura: NEW LINK” comes a B-style figure of the beautiful shinobi of Gessen Girls’ Academy, Yumi! Her bunny suit outfit has been brought to life based on an illustration specifically made for this figure!

The various ribbons adorning her outfit, her top hat in her right hand, everything about her original bunny suit design has been faithfully captured. The figure also features real net tights, a feature unique to the B-style series. Stay tuned for more Senran Kagura characters coming soon…! Display with Yozakura: Bunny Ver. (sold separately) coming soon for an even more splendid display! Be sure to add her to your collection!”

If you want to take a look at more of FREEing’s upcoming gaming-related offerings, you can check out Fate/Grand Order’s Scathach, Danganronpa’s Chiaki Nanami and Kyoko Kirigiri, and Hyperdimension Neptunia’s Purple Sister and Black Sister.