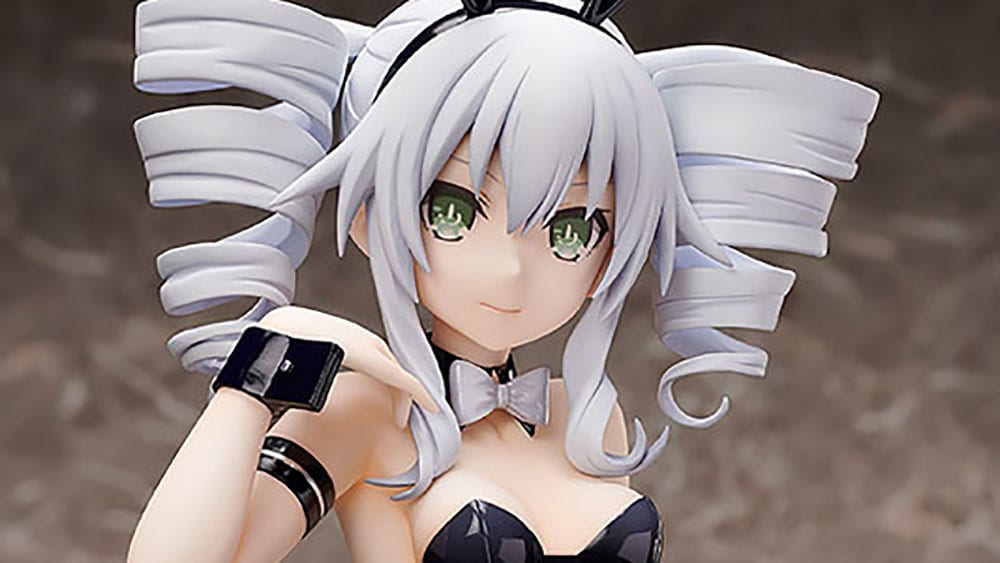 FREEing’s B-STYLE brand has been outfitting video game (and anime) characters in bunny girl costumes for a long time, and today another one dedicated to the Hyperdimension Neptunia series has been made available for pre-order.

Black Sister (also known as Uni) can be pre-ordered at several Japanese retailers, including AmiAmi for 21,900 yen. That translates into approximately $203.

The price is justified by her large (for a figure) 1:4 scale resulting into 445 mm of charming PVC.

“I won’t go easy on you!”
From the anime series “Hyperdimension Neptunia” comes a second set of bunny costume figures! Next in the series is the sister of Noire (Black Heart), Uni in her transformed appearance as Black Sister. This figure also features a completely original bunny outfit specially illustrated for the figure! Be sure to add her to your collection with Purple Sister: Bunny Ver. (sold separately) for even more fun!

The release window is May 2020 (which is the same as her recently-revealed counterpart, Purple Sister), so there is plenty of lead time to save up for this beauty if you so wish.

You can check her out in the gallery below, together with another bonus look at Purple Sister from Hyperdimension Neptunia as well.

If you want to take a look at more of FREEing’s upcoming offerings, you can check out Fate/Grand Order’s Scathach, and Danganronpa’s Chiaki Nanami and Kyoko Kirigiri.