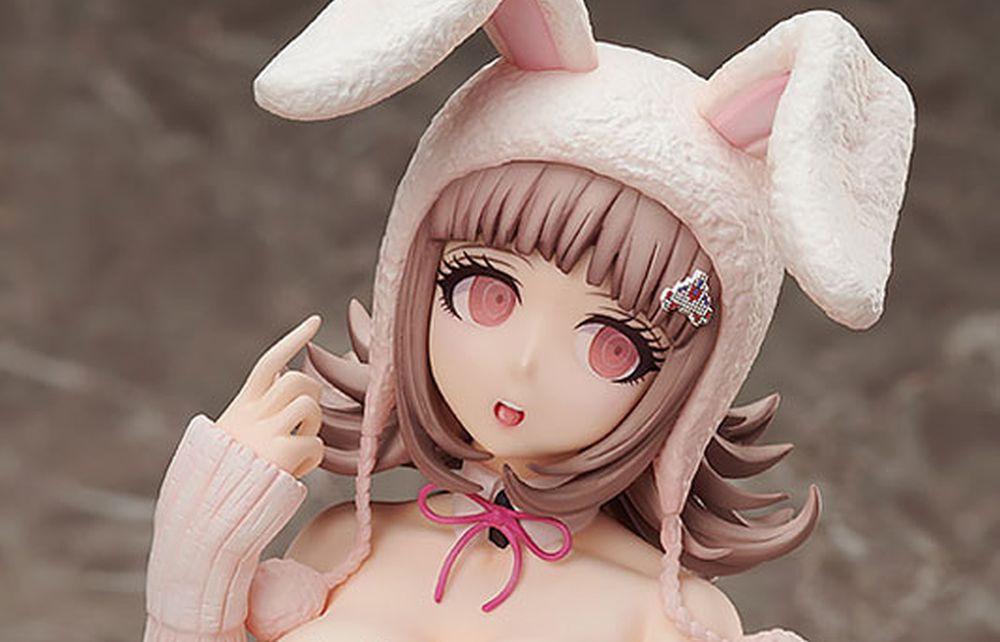 Today FREEing made another of its popular B-Style line of bunny costume-clad figures available for pre-order, portraying Chiaki Nanami from Danganronpa 2: Goodbye Despair.

She will be released in March 2020 and she is currently available for pre-order at most local retailers including Ami Ami for 21,900 yen, which translates into $200.

The price is due to the rather massive 1/4 scale that results into approximately 215 mm in heigh despite the sitting pose.

This is certainly a rather unusual version for Danganronpa 2’s “ultimate gamer.”

“Chiaki Nanami, Ultimate Bunny Girl, has arrived!
From the popular high-speed deduction action game series that was also adapted into an anime, “Danganronpa”, comes a 1/4th scale figure of Chiaki Nanami in a bunny outfit! Her original costume features a fluffy bunny-themed hat and overly long sleeves. Her knee socks have been recreated with real net material.

The white and pink design of her outfit contrasts with the previously announced Kyoko Kirigiri: Bunny Ver. (sold separately). Her sleepy expression will make you feel her charm all over again! Be sure to add her to your collection!”

You can check what she looks like in the gallery below, there’s even a picture portraying her alongside Kyoko Kirigiri from Danganronpa, who was announced a few months ago.