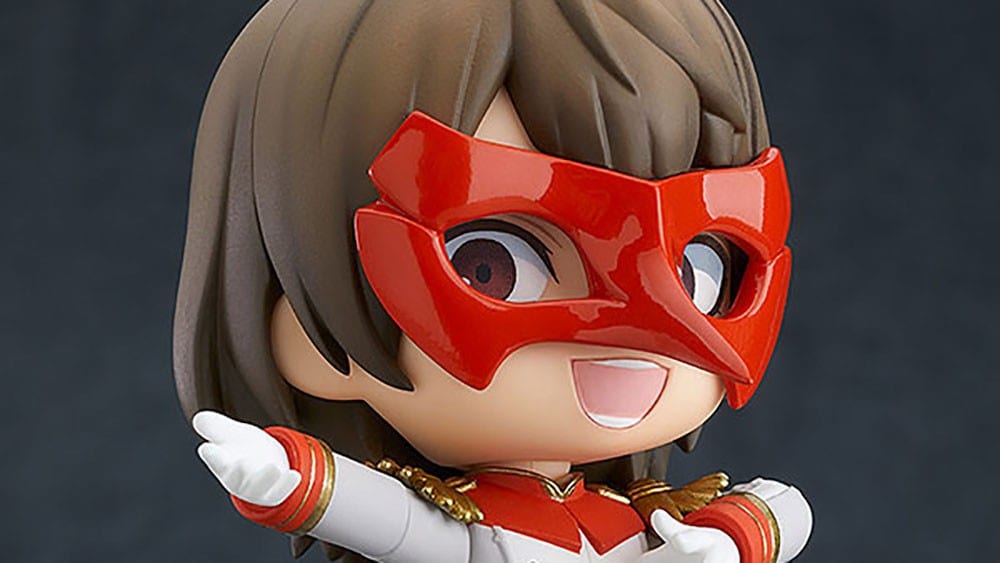 Good Smile Company is continuing its popular series of Nendoroid figures dedicated to Persona 5, and this time it’s Goro Akechi that has just become available for pre-orders.

Clad in his Phantom Thief uniform, he’s available at several Japanese retailers including Ami Ami for 4,530 yen, which translate into roughly $43.

Sculpted by Kamui from Good Smile Shanghai, he comes with the usual super-cute form and alternate face for a different expression. He will be released in January 2020.

“My skills exceed yours!”
From the popular anime series “PERSONA 5 the Animation” comes a Nendoroid of the high school detective also known as Crow, Goro Akechi, in his phantom thief outfit! He comes with several optional parts including his laser saber, ray gun and a miniature sized mask he can be posed holding. Additionally, a cut-in sheet is included to recreate Persona summoning sequences and All-Out Attack finishes!

He comes with three face plates including a standard expression, a laughing expression and a grinning expression! Be sure to add him to your collection, along with the other Persona series Nendoroids!”

He comes just in time for the reveal of the renewed role Goro Akechi will have in Persona 5 Royal.

You can check him out below and see what I mean. If you’re interested in Persona 5 Nendoroids, you can check Yusuke Kitagawa, Ann Takamaki, and Ryuji Sakamoto.

In case you missed it, you should definitely check our interview with Good Smile Company focusing on how Ann Takamaki was turned into an adorable Nendoroid.