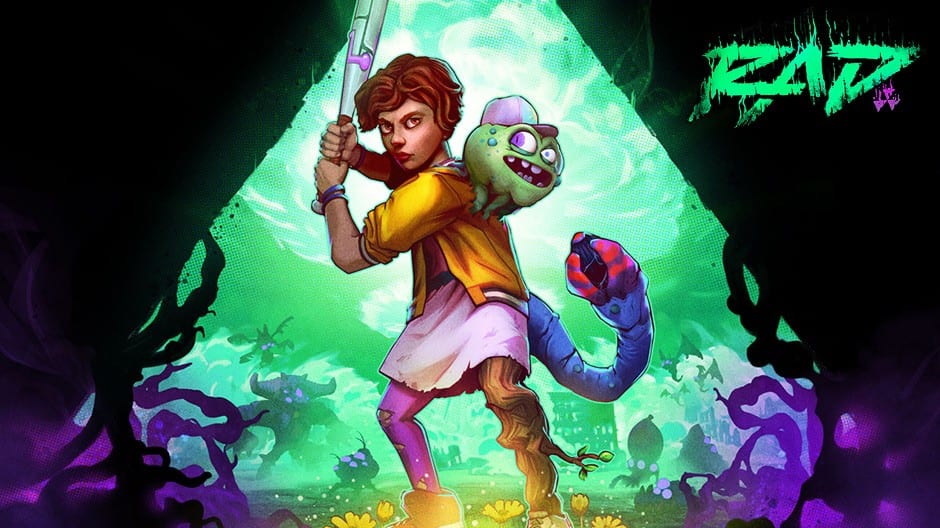 RAD is set in a radioactive, ever-changing nuclear wasteland known as the Fallow. The player controls a teenage protagonist who ventures into this apocalyptic world in search of a cure for the poisoned landscape.

It’s here that things get a bit difficult, as in order to find this cure, the deeper into the infested wastelands you must explore – and the more you expose yourself to the radiation’s mutating power.

Double Fine are the team behind other great games with unusual settings and stories like Psychonauts and Broken Age, and RAD looks to be more of the same.

Like most Double Fine projects, RAD has an incredibly strong visual style. If you like colorful games, you’ll enjoy the florescent, cell-shaded art of the Fallow.

As shown in the trailer, you start off your adventure armed with nothing but your dependable baseball bat, but you may soon find yourself sprouting wings or making a new friend in the form of a tumorous growth.

Each new mutation offers you bizarre new abilities. As you’re rebuilt on a genetic level, you’ll find yourself armed with new, built-in weapons or defensive capabilities that continue to change throughout your journey.

In order to restore the landscape to its green and healthy self, you’ll come across a range of hostile creatures that are even more mutated that you, as well was what look like some pretty gnarly bosses.

As a tie-in with RAD’s quirky premise and neon 80s vibes, the trailer also functions as a music video, featuring the poppy and appropriately titled “Remade Again” by David Earl.

RAD launches on August 20 on PC, PS4, Xbox One, and Switch. With only a few days to go until release, you can watch the trailer down below.

If you decide to pick up RAD, be sure to check out our guides on how to get get new characters and the speediest way to acquire new mutations.