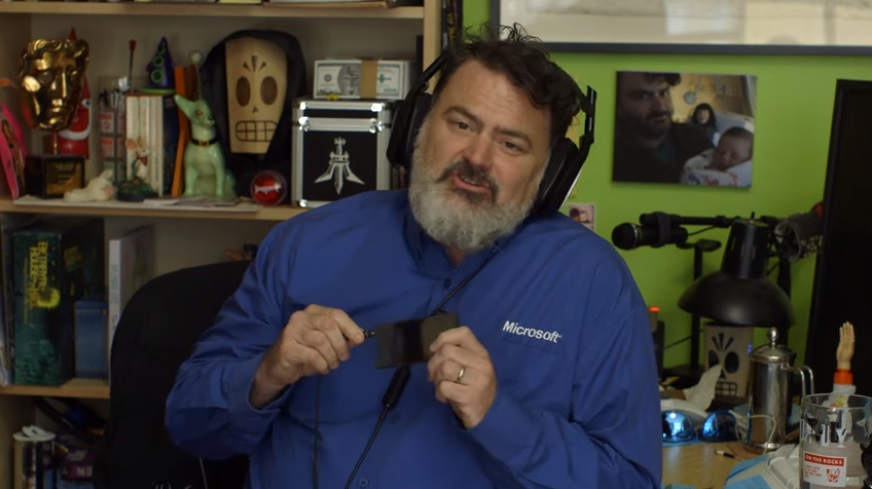 Last year at E3 Microsoft announced a list of third-party developer acquisitions and this year they revealed another major add. Head of Xbox Game Studios, Matt Booty, announced the addition of Double Fine Studios to their family of developers.

Booty extolled the importance of having quality developers on their team. He urged that the success of Xbox comes down to the creation of games that players love.

It’s clear that Microsoft is stocking up for the next generation of Xbox. The Xbox One has suffered extremely long droughts of no exclusive games and adding more studios is sure to help them avoid such long stretches for their next console.

Double Fine is a massive addition and will add a unique take on game development. Their playful way of telling an engrossing story will be a massive boon for Microsoft.

After announcing the addition of Double Fine Studios, Booty welcomed Tim Schafer to the stage. Schafer is the head of Double Fine and the creative mind behind games like Psychonauts, Brutal Legend, and Broken Age.

Schafer talked about his willingness to support Microsoft in any way he possibly could. He even joked about helping out with the next Halo, Forza, or even Excel. The head of Double Fine then went on to show off the latest trailer of the long-awaited Psychonauts 2.