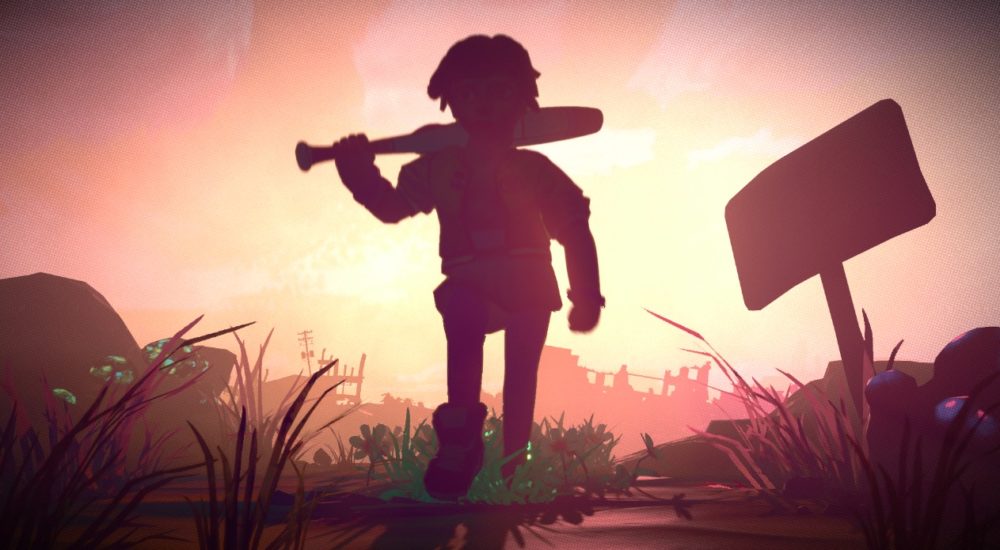 Double Fine Games, known primarily for games such as Psychonauts, Broken Age, and Costume Quest, have a new top-down roguelike action game called Rad, and after talking to Lee Petty (the lead behind Rad) and getting my hands on the game for 40 minutes or so during PAX East, the game looks very promising.

Rad takes place in a post-apocalyptic world that has not seen the end once, but instead twice. You progress through a radioactive world filled with strange and mysterious creatures who have mutated due to the radioactive sludge lying around everywhere.

The procedurally generated wastelands are occupied with various enemies who can easily take you out if you don’t play smart, as any roguelike, Rad doesn’t play around and you will lose some of your hard-earned currency if you end up dying.

I didn’t get to enter the town that is present in Rad, as it wasn’t available in the demo that was shown to me, but there, you can apparently deposit money into a bank instead of taking it out into the ravaged battlefield, allowing you to have a savings account if you do fall to the myriad of mutated monsters.

After picking from a list of several characters –who are there simply for physical appearance– you enter the first stage of Rad with your trusty baseball bat that you can use to bash enemies with. There are different baseball bats to choose from later on in the game, but that’s not the only way that you can fight monsters.

The mutation aspect in Rad is one of the coolest and unpredictable parts of Rad that was explained to me. There is a very long bar that sits on the top of the screen that fills up after you defeat a certain number of enemies that, once filled, will allow you to have a random mutation on your body.

These mutations cannot be chosen but once that bar fills up, defeating enemies becomes much easier. One mutation that I saw changed my characters head into a cobra, letting me attack enemies from afar by way of stretching my snakehead.

Another one, my favorite one, let me lay up to three baby eggs that looked just like my characters face. These babies follow behind me and attack other monsters until they perish. But as long as I still had the mutation, I could continue to lay more and more, destroying everyone in my path.

I’m not sure just how many mutations there are in Rad, but they do add quite a bit of fun and randomness that I can see being really fun in the main game.

During my session, Petty explained to me that with the procedurally generated levels and mutations, he hopes that everyone’s playthrough is unique and special to the person who is playing it. He wants people to be able to tell stories about the play through’s that they had, speaking on cool mutations that they managed to get or awesome boss fights.

The gameplay loop that was presented to me was to find the handful of totems around the stage and to then fight the boss, which leads me to the next stage or gives me the option to go back to the town to stock up or store my currency, which is cassette tapes by the way.

These totems that you activate shine a light toward your goal or towards another totem, and while you find these, enemies, shopkeepers, and hidden chests lie about to persuade exploration.

Rad’s cel-shaded art style doesn’t do much in terms of giving off that “wow” factor, but the purple and neon colors mixed with the rad 80s synthesizer-based rock soundtrack, gives Rad a style of its own that oozes coolness.

This roguelike was enjoyable for the short amount of time I spent on the game. Since it’s coming to the Nintendo Switch (as well PS4, Xbox One and PC) I can’t wait to play this game in handheld mode once it launches sometime this summer.