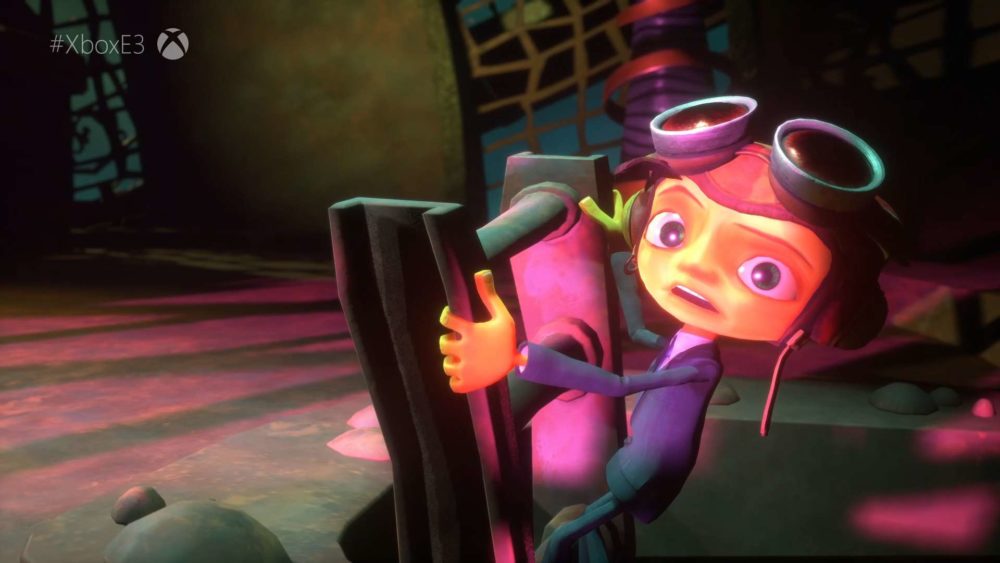 First of all, we learn that the game is now targeting a 2020 release, mentioning that the team wants the game to be as good as possible.

“We know it’s always disappointing when you have to wait a bit longer, but we also know that you are an amazing, supportive bunch, who – just like us – want the game to be as good as possible. So we’re hopeful you’ll understand! <3”

We also get one more confirmation that the Microsoft acquisition won’t influence the platforms the game will be released on, so fans on PS4 should not worry. Psychonauts 2 is still coming to Sony’s console alongside Xbox One and PC.

Speaking of the acquisition, we also get an extensive video in which Creative Director Tim Schafer himself walks us through the happenings behind the scenes at E3, from the announcement at the press conference to the media demos and Microsoft’s employee party.

We also hear a few comments about the acquisition itself, with Schafer mentioning that it’s going to be “great” and it makes him feel excited about coming up with creative ideas because he won’t have to do any more bizdev, no more pitching, and traveling roadshows asking for permissions. The team can just “make fun games, tell them what they’re doing, and put them up.”

You can watch the video below. If you want to see more, you can enjoy the trailer from Xbox’s press briefing, and the gameplay demo itself, which debuted during a panel hosted on YouTube.