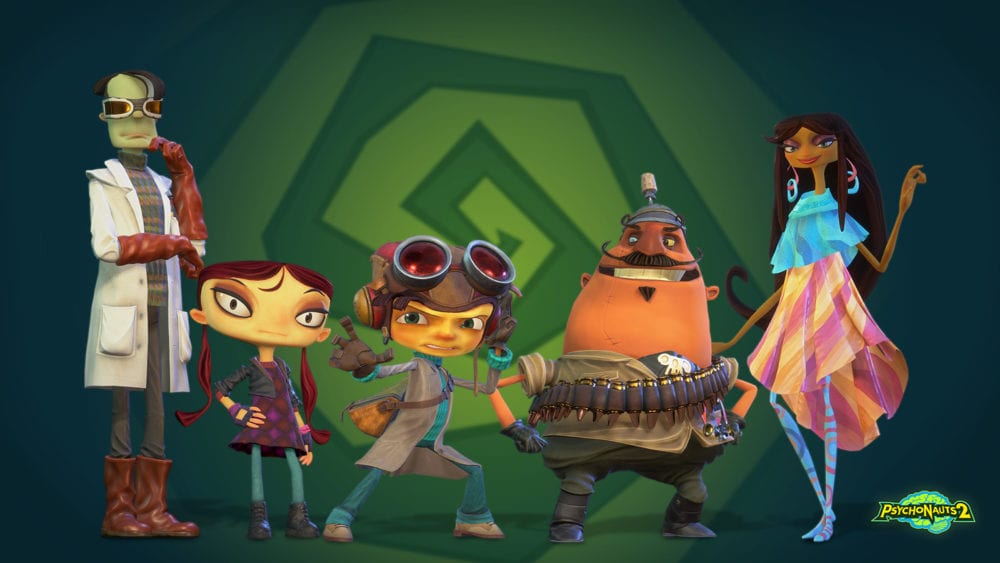 After a fair bit of on-stage shenanigans, which included Black serenading the audience on one occasion, we got a pretty meaty look at Psychonauts 2, with accompanying commentary from Schafer.

We learn that the sequel takes places very soon after the original, and straight away familiar faces like Lilly and Razputin appear in a hilarious cutscene sequence.

As explained by Schafer, they’re trying to trick Dr. Lobotointo giving up the name of the person he’s working for, since they suspect he must have been working for an organization to pull off the feats from the first game.

It doesn’t take Loboto long to work out something fishy is going on, though, and we’re soon chasing him through a mind-bending series of corridors where gravity is shifted all over.

There are some awesome platforming sequences and some new gameplay mechanics shown off along the way, like the new wall jump.

Later, things get very weird as Raz is miniaturized and put in a pouch where he has to use telekinesis to move objects like giant teeth. Yeah, all very wonderfully weird and classic Tim Schafer.

Check out the presentation for yourself below (gameplay starts at 24:00):

Earlier in the week, Microsoft announced during its E3 2019 press conference that developer Double Fine would be joining Microsoft Studios.