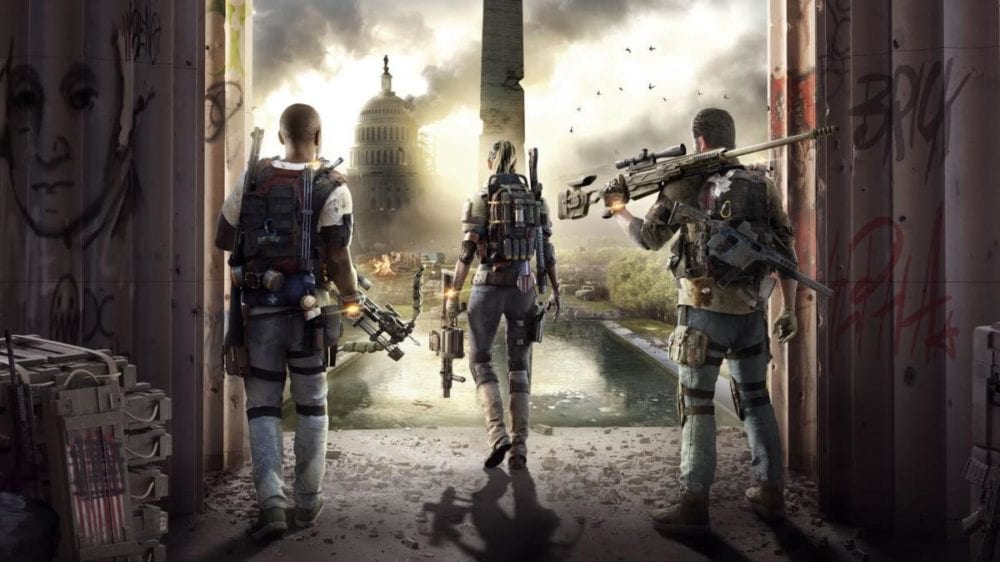 The first content update for The Division 2 is on its on its way and set to release later this month. The first free episode of its Year 1 planned content is titled DC Outskirts: Expeditions and, according to today’s press release from Ubisoft, will come out on July 23 for holders of the Year 1 Pass and will be available on July 30 for all players.

The release will be split into two types of content: main story missions and the new addition of Expeditions.

The new Expeditions will be separated into three different wings and release weekly, where completing all three gives you access to an exclusive treasure room. This room contains a new exotic weapon(Diamondback Rifle) as well as exotic gear (BTSU Datagloves), and two more weapons in the form of the Stoner LMB and Carbine 7. The Expeditions will begin when you investigate Kenley College to find out what happened to a supply convoy.

The main storyline will pick up where the game’s campaign leaves off, as your agents venture into the surrounding DC areas in search of a lost convoy. This storyline is comprised of two missions: Camp White Oak and Manning National Zoo. Camp White Oak leads you on the trail of President Ellis, while Manning National Zoo has you set out after the leader of the Outcasts, Emeline Shaw.

Expeditions and story missions will release for The Division 2 on July 30 for all players, and will also bring with it classified assignments that are exclusive to Year 1 Pass holders. You can find these at the Central Aquarium and NSA Site B13.

There will also be a few subtle tweaks included in the update, many of them based on player feedback, according to Ubisoft. Perhaps most noteworthy is that the Operation Dark Hours raid will have a new “Discovery” difficulty, allowing layers to use matchmaking. Other changes include maxing out Crafting at Gear Score 500 and being able to share blueprints between characters, as well as various Skills getting a mild overhaul.

This is the first of three major content updates for Year 1 of the game. The others are set take you to the Pentagon in the fall of 2019, following with Coney Island early next year.