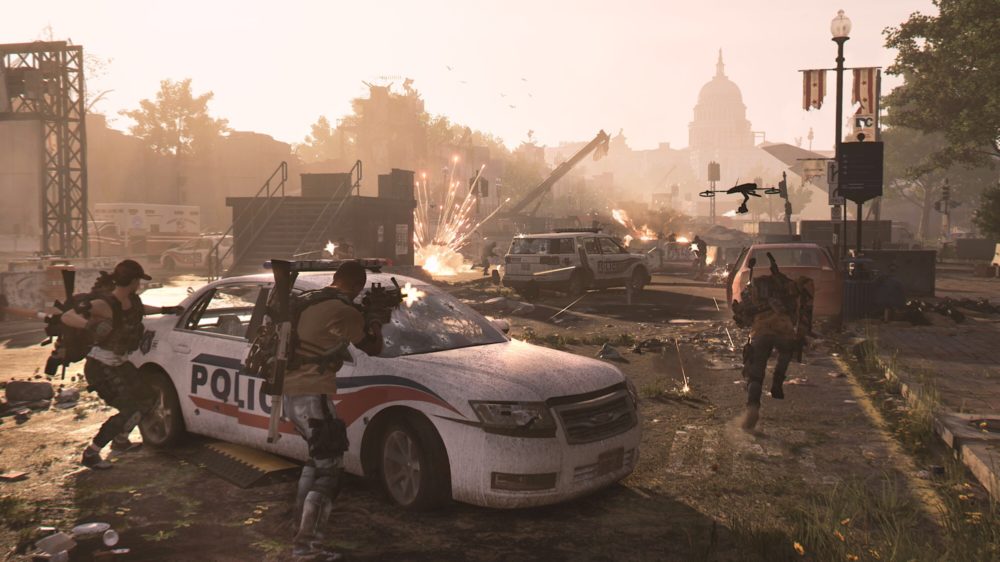 Tom Clancy’s The Division 2 will be receiving its first post-launch content for all platforms on April 5, developer Massive Entertainment announced today.

World Tier 5 will also come with other additions such as selecting the difficulty of Invaded missions, Weekly Invasions where Strongholds or other missions can be invaded, and Heroic Difficulty. The new tier will increase the maximum gear score to 500 and missions completed on Heroic Difficulty will drop more and better loot in the 450-500 bracket, though will not lock out any exclusive rewards behind the harder setting.

Massive released a roadmap for the first year of free post-launch content for The Division 2. According to the map below, the Tidal Basin update is labeled as Invasion: Battle for D.C. for April 5. The other three episodes –D.C. Outskirts: Expeditions, Pentagon: The Last Castle, and an unnamed episode– will release throughout the year. These episodes will also be free for all players, though those who own the Year 1 season pass will have access to them seven days earlier.