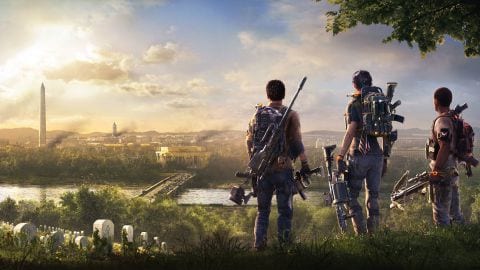 During the E3 2019, Ubisoft Press Conference Massive Entertainment outlined what players can expect from the three episodes of content they are planning for The Division 2.

The first episode takes players to the National Zoo to hunt down a surviving outcast leader. Then it will take you to Kenly College in which it will take exploration and logic to find a convoy that went dark.

The second episode will bring players to the Pentagon, an impenetrable fortress of twists and turns taken over by the Black Tusk.

The third episode and final episode will set players out in a manhunt to save humanity as we know it. Taking down a former Division agent that went rogue all the way back in the original Division.

Massive also teased the second raid, which will launch this fall.

Below you can see the teaser trailers for the year one content for The Division 2.

Ubisoft also announced that The Division 2 will be free to play from June 13 to June 16.

For more coverage of the Ubisoft Press Conference and E3 be sure to stay connected with Twinfinite.