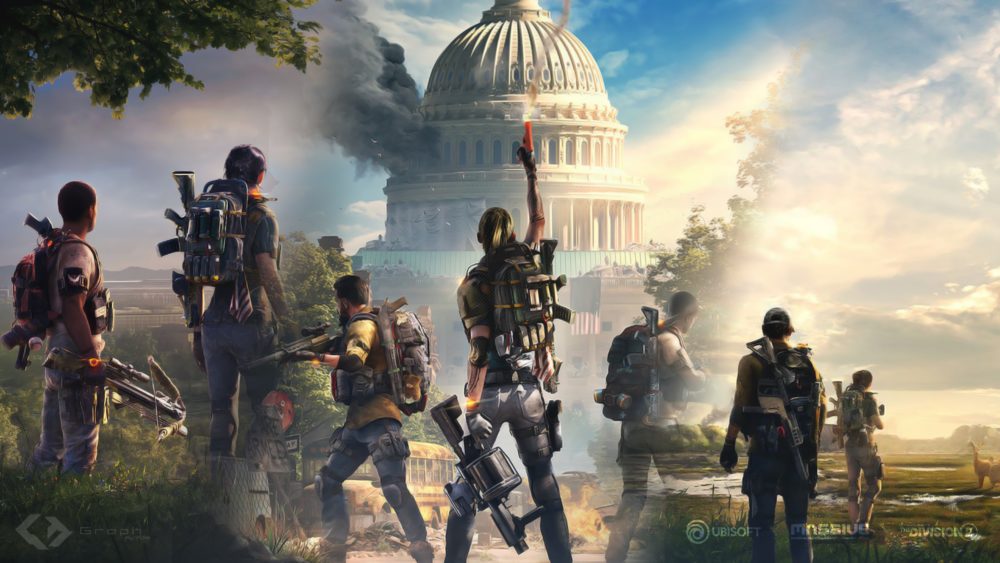 The Division 2 on PS4

Possibly the biggest praise I can offer to The Division 2 is the simple fact that the game was launched in a complete state.

I know that doesn’t sound like much, but after having gone through multiple looter shooter games (the original Division included), and being disappointed that the game wouldn’t reach its true potential until a few months down the line, this is a refreshing change of pace.

Picking up from the events of the first game, The Division 2 puts players in control of a new Agent in Washington DC. There are new enemy factions to eliminate, a whole new map to explore, and you can bet there is a heck of a lot more guns and gear to pick up as well.

Story-wise, The Division 2 honestly doesn’t offer much more than its predecessor did. Key characters are one-dimensional and forgettable, and honestly, after a while, they all kinda started to blend into one another. All you need to know is that the virus spread all over America, and it’s your job to get things back under control once again.

Tying the inconsequential story beats together are the main story missions, which are bright blue blips on your map that you run to in the open world. I should probably get all the bad stuff out of the way first.

One of the major problems in the original game was that the boss and elite-tier enemies were often bullet sponges who would just absorb 10 assault rifle clips and not bat an eye. Massive has certainly taken steps to alleviate this issue in The Division 2 with properly indicated weak points that will strip away an enemy’s armor once you destroy it.

This can certainly help to make killing bosses feel more efficient, but the fact of the matter is that shooting these weak points doesn’t really require a lot of brain power, so most of the time you’ll just be shooting one spot constantly before taking a boss down.

Couple this together with The Division 2’s boring level and enemy designs, and you quickly realize that maybe the problem wasn’t that the bosses were bullet sponges.

In the entire campaign, all the boss-tier enemies are basically big armored dudes with machine guns. They have different names of course —some are mere Privates, others are Majors— but they’re all basically the same.

The Division 2’s story missions are also a constant stream of entering a room, ducking behind waist-high cover, shooting enemies, then proceeding onward. There’s very little variety in the main missions to break up the monotony, which can make the story itself feel like a drag.

Thankfully, that’s where the bad stuff ends, because The Division 2 makes up for it with the enjoyable moment-to-moment gameplay and the variety of gadgets you have at your disposal.

While I still secretly wish that The Division 2 was a first-person shooter instead of third-person, the cover-based shooting continues to be enjoyable enough on its own, with each weapon type coming with their own different sets of challenges and recoil patterns. As you progress, you’ll also unlock more skills like the Drone, Chem Launcher, and Turret.

The nice thing about this game is that you’ll unlock all of the skills at a relatively fast clip, allowing you to experiment with different combinations and see which you like best. This is The Division 2’s way of getting you used to a particular play style, which will lead to your choice of Specializations at the end of the campaign.

For most of my playthrough, I went with the Hive and Turret, allowing me to heal my teammates with an AoE effect, while also providing cover fire when needed. The Division 2 really comes into its own as a tactical, cover-based shooter when you’ve got a team with different skills that synergize well with each other, allowing you to clear rooms quickly and efficiently.

Outside of the story missions, Ubisoft and Massive have certainly gone out of their way to make the open world of Washington DC feel as alive and immersive as possible. Truly, this is easily the biggest improvement over the original game’s vision of Manhattan, as you’re just completely overwhelmed with things to do and collect.

As I mentioned in my review-in-progress last week, the Control Points are the big addition here, and they play an even bigger role once you’re in the end game content. Liberating Control Points rewards you with a ridiculous amount of loot, but it then falls on you to provide food and resources to actually maintain the point and keep up the loot replenishment after that.

Then there are the enemy convoys you can intercept, public executions, propaganda broadcasts, and all that good stuff. For the lore fiends out there, there are also tons of ECHOs to reconstruct, in case you’re interested in learning more about the game’s world-building aspects and story.

The Division 2’s map is absolutely littered with things to do, and you know what the best part is? Most of it is completely optional.

Arguably the most boring parts of these looter shooter type games are the story missions and campaign. While The Division 2’s campaign certainly is lengthy (we clocked in at 35 hours at completion), it also cuts out a lot of filler you’d typically see in other games.

The story here moves quickly, and even though you’ll need to pick up a handful of side missions here and there to keep your character level up, story progress never gets stalled. There are no instances where you’re forced to partake in mundane activities in the open world, like open a set number of chests or get multi-kills, in order to progress.

It’s extremely refreshing, and is actually one of the biggest things I truly appreciated about The Division 2.

After clearing the campaign, the game changes completely as you start to tackle the Strongholds and unlock the World Tier difficulties. Strongholds are kind of like mini-raids in that they often take a good amount of time to complete, and they feature tougher bosses and enemies that you’ll likely want to farm over and over again for loot.

Clear all three Strongholds on Story difficulty, and you can replay them on harder modes for the chance at even better loot. Or if you’d prefer to replay story missions for loot, The Division 2 shakes things up by introducing a new enemy faction called the Black Tusk.

Unlike the three main factions from the campaign that are basically just reskins of each other, the Black Tusk operatives actually come packed with advanced weaponry and robotics, forcing you to rethink your strategies in combat.

The Black Tusk appear in the form of invaded missions, and being able to play remixed versions of the game’s story missions helps to add a nice twist and layer of complexity to the already robust end game grind.

Of course, the Dark Zone makes a return as well, and even that aspect also sees a marked improvement over what it was in the first game. There are only three Dark Zone areas in The Division 2, but they all feel sufficiently distinct from one another.

The Dark Zone South area, for instance, is a nice urban area full of overgrowth, in contrast to Dark Zone West, which looks more like the remains of a destroyed city after a nuclear fallout.

The introduction of the Normalization mechanic helps to keep all players on a relatively even playing field as your gear is properly balanced, which should allow newcomers to easily get over their anxiety of stepping foot into the wild west for the first time.

Everything you loved about the original Dark Zone is still intact in The Division 2, and it still feels every bit as frightening and tense as you remember it whenever you call for an extraction, hoping that other players won’t steal your loot while you’re waiting.

For players who want more of a hardcore challenge, though, Occupied Dark Zones get unlocked after beating the campaign. The Occupied variants will rotate between the three maps from time to time, and it’s an area reserved only for the most hardcore of hardcore players —the ones who actually invested time into getting the best gear.

Normalization has no place in Occupied Dark Zones, so if you want to stand off against the best of the best (and get even better loot), this is the place to be.

Once you’re in the end game, you’ll also unlock The Division 2’s Specializations: Sharpshooter, Demolitionist, and Survivalist. They all come with their own Signature weapons, complete with a unique skill tree that really allows you to lean into the play style you’ve been developing with your unlocked gadgets this entire time.

The nice thing about Specializations is that you can swap between them on the fly as well, so you’re never really locked into a single tree.

It’s not a drastically significant change to the way you play, but the Specializations do encourage you to think about customizing the rest of your loadout to fit your Signature weapon and skill tree, giving you a different set of challenges to work with as you tackle the higher tier Strongholds.

One of the most remarkable things about The Division 2 is how it feels almost exactly the same as The Division, which is a good thing for fans of the first game, but it’s probably not going to convert any naysayers.

This sequel is very much a full-fledged improvement over its predecessor, and we’ve yet to even see the first batch of post-launch content, including the raid and the Black Tusk Stronghold.

The Division 2 is in a prime position to keep its hardcore player base intact for the coming months, especially with the way Massive is planning on doling out content and consistently raising the gear score cap for players to reach.

That’s not to say that the game is absolutely perfect at launch, of course. While playing on a PS4 Pro, I experienced very frequent application crashes during multiplayer sessions, where I’d just be booted back to the PS4 dashboard.

Considering that it takes a painfully long time to boot up the game and load back into the world, this was extremely annoying. Still, it’s certainly an issue that can be fixed in due time, and doesn’t really detract from everything else the game gets right.

In an age where it’s become all too common for live service games to release as incomplete products that require a few months’ worth of patches to become the game we were “promised,” The Division 2 is a revitalizing breath of fresh air.