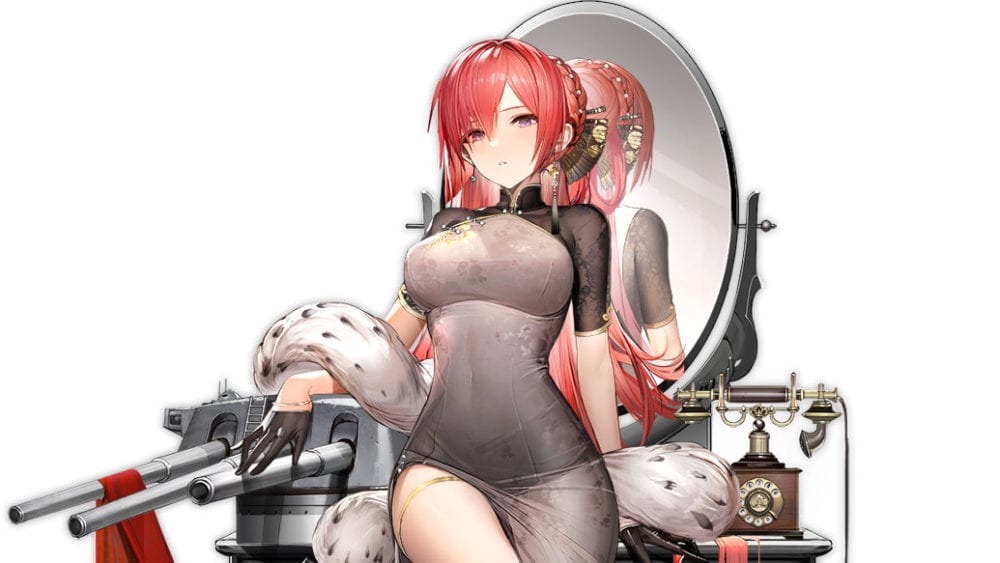 The developers of the popular mobile game Azur Lane are continuing to trickle down information on upcoming content to the English servers of the game.

Today we learn about another skin coming for those who managed to unlock the powerful Royal Navy battleship Monarch. Named Black Gerard, it showcases a beautiful Chinese-style Qipao. Considering that unlocking Monarch is no joke, this could be a good way to celebrate the achievement.

For Eagle Union fans, the destroyer Nicholas is getting her own retrofit, which could provide some firepower for those popular Fletcher fleets. If you’re unfamiliar with retrofits, they allow players to power up certain ships considerably, also pushing up their rarity level.

The update including these will come this week, considering that the devs mentioned that the skins are a celebration for July 4 (even if I’m not sure they’re all that fitting, but whatever closes the gap with the Chinese and Japanese servers is good in my book). More precisely, the new skins will be available from July 4 to July 17.  This includes the kimono for Izumo and Ibuki and the second round of outfits for the French shipgirls.

Azur Lane is a free-to-play mobile horizontal scrolling shooter/RPG hybrid currently available for iOS and Android. If you want to see more, you can enjoy the trailer of the current event “Iris of Light and Dark”.