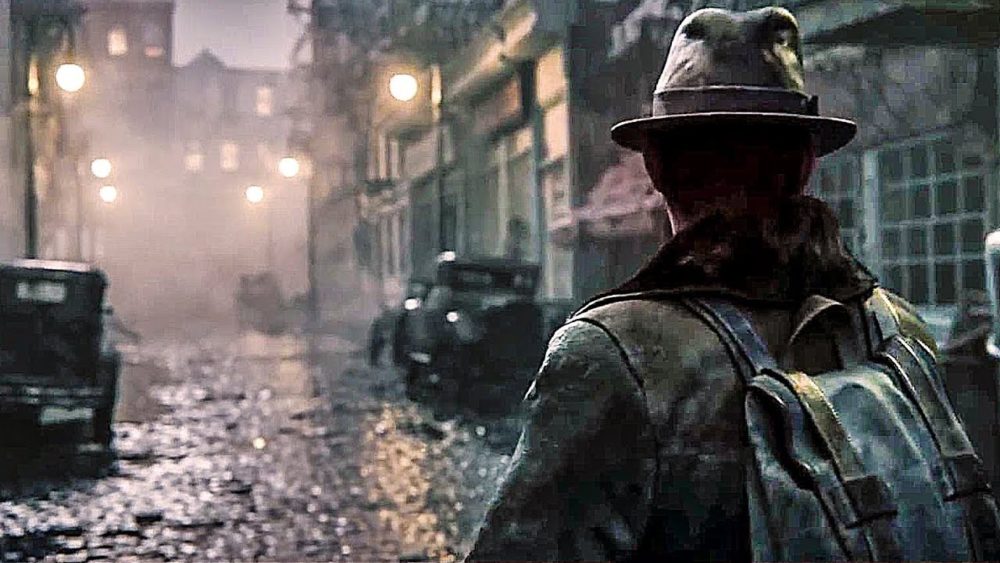 Frogwares, the studio behind the upcoming Lovecraftian sleuthing game The Sinking City, have released a haunting new video that’s apparently a vision warning us of what lies ahead. If you want to watch it however, there’s a catch: you’ll have to solve a puzzle first before you can see it.

Developed by the same team that created the Adventures of Sherlock Holmes series, The Sinking City marries traditional mystery-solving with cosmic horror inspired by the works of H. P. Lovecraft. You play as private detective Charles Reed as you investigate the cause of the mysterious flood afflicting the city of Oakmont.

Arriving, you find the city overrun with unnatural creatures and a populace that’s losing its mind, but that’s okay. You have your own waning sanity to contend with.

To hone our detective skills ahead of the game’s release, Frogwares have released a cryptic puzzle on the game’s Facebook page with equally cryptic instructions: “look at what you see, move forwards, count to 5, and say what is revealed.”

If you can crack the mystery, type the solution in the comments on the post and you’ll receive a DM containing a link to a private video of the vision – and a warning.

What the contents of the vision mean is up for debate, but they could potentially be things to keep a look out for in the game. If you can decipher the puzzle, be sure to go back and try the same on the description to be treated to another hidden message.

Aside from this creative and decidedly on-brand promotion, Frogwares have been keeping up the interest with a steady campaign of trailers, gameplay footage, and even a look at what you’ll be able to wear.

The Sinking City releases later this month on June 27 on PS4, Xbox One, and PC via the Epic Games Store. A Switch version is set to come out later this year.