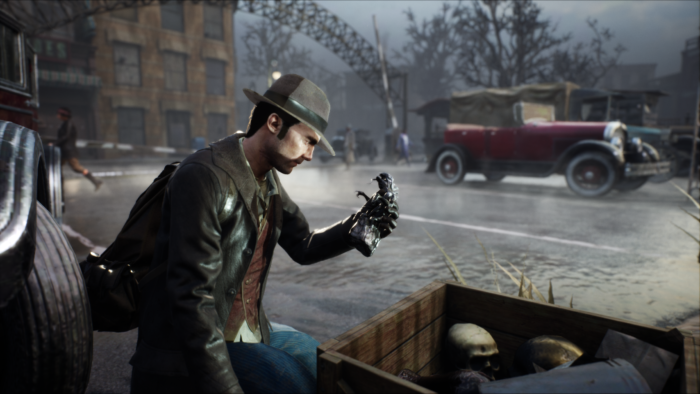 Frogwares’ upcoming Lovecraftian horror game that places you right in the center of a chilling investigation, The Sinking City, has a new teaser trailer we can now pore over ahead of its official E3 debut.

The trailer shows off a man in the middle of a canal that’s apparently being attacked by some sort of tentacled monster. He’s pulled under into the grimy depths, and he’s got his work cut out for him as he must deal with a city that’s apparetly sunken below the surface.

As far as the official synopsis goes, you take up the role of a private investigator in Oakmont, Massachusetts. There are bizarre floods going on that are definitely supernatural in origin, but no one can figure out what’s going on with them. That’s where you come in. You’ll have to get to the bottom of things (perhaps literally) as you sift through the mysteries surrounding the town and everything going on within it.

There’s not a lot of information surrounding what will undoubtedly be one of the more surreal and strange adventures out there this year, but it certainly looks like it’s worth following as more details emerge about the horrors contained within. Plus, anything with a Lovecraftian flair is worth following.