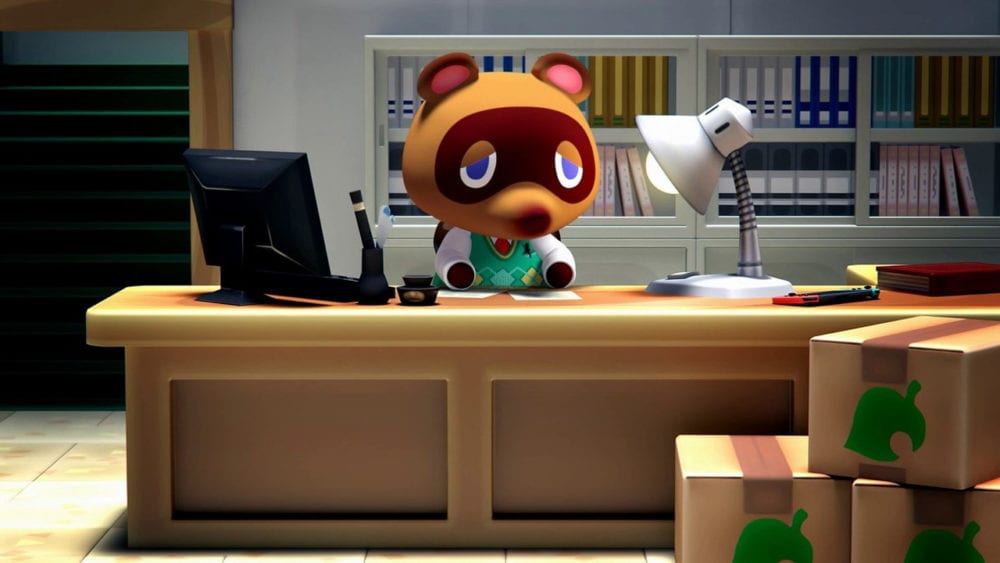 Nintendo came to E3 2019 with a pre-recorded Direct presentation once again, with plenty of game announcements and trailers for fans to get hyped about. Here’s a round-up of all the trailers we saw during the 40-minute presentation.

The E3 Direct kicked off this year by announcing the next DLC fighter to hit Super Smash Bros. Ultimate. Joining the battle is Dragon Quest’s Hero, and players will be able to download and hop into battle with them in Summer this year.

Dragon Quest XI is coming to the Switch with all the definitive edition goodness you’d expect. Players will be able to speed through battles, travel to past Dragon Quest worlds in beautiful pixel-y goodness, and play through it on Sept. 27.

It’s time the other mustachioed plumber got their time in the spotlight, and that’s exactly what Luigi’s Mansion 3 does. Luigi is back to his ‘spoopy’ ways, catchin’ ghosts and takin’ names in a lovely hotel he’s been invited to alongside Peach and Mario.

You can check out some of his latest ghost-bustin adventure, including Luigi’s new suction moves and Gooigi(!) on Nintendo Switch in the trailer below.

The Dark Crystal: Age of Resistance Tactics is a tactical strategy game based on the upcoming Netflix series from Jim Henderson. Players will battle their way through various scenarios from the show, as well as others not included in it that will feature entirely new characters and stories to boot.

With 80 battles to work your way through, the game looks set to offer plenty of content for fans to sink their teeth into.

The Legend of Zelda: Link’s Awakening

Following the announcement of the remake of this beloved Game Boy title back in February, Nintendo dropped even more gameplay footage of The Legend of Zelda: Link’s Awakening in the trailer down below. We got to see Link doing some classic dungeon-crawling, a spot of fishing, and of course, waking up.

The title will also enable players to create their own dungeons, explore them whenever they wish, and earn rewards for doing so.

The Switch remake also received a release date, and is now slated for September 20.

Trials of Mana & Collection of Mana

A bit of an unexpected one, Trials of Mana will be making its way to Nintendo Switch with a global release coming early 2020. The game looks set to entwine the destinies of six different characters into one single story for players to dive into. The game will release on Steam and PS4 alongside the Switch.

On top of Trials of Mana, the Collection of Mana which includes Final Fantasy Adventure, Secret of Mana, and Seiken Densetsu 3 is available in the eShop now with a physical edition on the way soon.

All the naysayers out there are looking pretty silly now, aren’t they? The Witcher 3 is making its way to the Nintendo Switch due to some magic by CD Projekt Red, and will pack in all the expansions to boot. It might not be the best-looking version of the game, but at least you can take this hundred-hour RPG with you on the go.

Fire Emblem’s tactical turn-based RPG gets a breath of fresh air with The Three Houses. Its three main characters got another chance in the spotlight during the E3 2019 Nintendo Direct trailer, and the visuals look beautiful as expected. The Three Houses is set to release on July 26.

Resident Evil made a surprise arrival in the Nintendo Direct, showcasing in a rather corny way all the spooky places you can go ahead and play the title now that it’s available on the Switch. Both Resident Evil 5 and Resident Evil 6 are coming to the system in Fall.

It’s finally happening! Travis Touchdown has returned in his true form following Travis Strikes Again earlier this year. The hack-and-slash goodness looks as stylish as ever, and is set to hit the Switch in 2020 with No More Heroes 3.

Contra is coming to the Nintendo Switch to bring all its hardcore shoot ’em up goodness to the hybrid system. Rogue Corps will release on Sept. 24 with wireless co-op and online multiplayer. Additionally, the Anniversary Collection was announced to be arriving later today on the eShop.

Daemon X Machina looks set to offer up a whole host of fast-paced, fully-customizable mech-fighting action when it arrives on the Switch on Sept. 13. Players will battle it out in their mech and upgrade it with stronger armor and weapons in the middle of battle, to give you the chance to change up your strategies mid-battle. It’ll also feature local and online co-op multiplayer modes, too.

Is there any better feeling than soaring through the skies, shooting bad guys on the back of your armored blue dragon? We didn’t think so, and apparently Nintendo agreed with us. Panzer Dragoon Remake is coming to the Nintendo Switch this winter, offering the same compelling gameplay but with improved visuals and controls.

PlatinumGames’ new title, Astral Chain looked stunning and fast-paced in its latest trailer, showcasing plenty of combat, chimeras, and… chains. Check it out in the trailer down below. The game’s set to release on Aug. 30.

Empire of Sin casts you back to 1920s Chicago to try your hand at running an organized crime ring. You’ll have to extort, hustle, and shoot your way to the very top and thrive in this seedy underbelly of the great city. It gives us vibes of the 1998 PC game, Gangsters: Organized Crime. Empire of Sin is due to release on Switch, as well as PC, PS4, and Xbox One in Spring 2020.

The frenetic fighting series is making its return exclusively to the Nintendo Switch, with iconic comic book characters facing off against the tyrant Thanos. We saw The Guardians of the Galaxy, Thanos, and the Avengers duking it out, among others.

Marvel Ultimate Alliance 3 is due to release on July 19, and will have an expansion pass containing Marvel Knights, X-Men, and Fantastic Four DLC starting in the Fall.

Blending the roguelike rhythm-based action of Dance of the Necromancer with the iconic soundtrack, monsters, and world of The Legend of Zelda, Cadence of Hyrule looks like a perfect title to take on the go on Nintendo Switch. The game got a new gameplay trailer showing off more of its lands and soundtrack, and is available on Switch on June 13.

Mario & Sonic at the Olympic Games

Mario and Sonic are going to return to the Olympic games later this year, with the 100m dash, soccer, surfing, skateboarding, taekwondo and more. It’s the perfect kind of party game to make use of the Switch’s improved motion controls over the Wii, and there looks to be a ton more events compared to previous titles.

Mario, Sonic and the rest of the gang will head to the Olympics in November this year.

The mortgage-paying, life sim is coming to the Nintendo Switch and players finally got a look at what’s new in the latest installment. Players will start out their life camping, but will eventually get their own house on this island retreat. We also saw crafting, using a pole to quickly cross rivers, and placing furniture outside.

We also finally got a confirmed release date, albeit delayed, with Tom Nook, Resetti, K.K. Slider, and your favorite villagers coming to a town on your Switch on March 20, 2020, in Animal Crossing: New Horizons

There’s a bunch of other third-party titles making their way to the Nintendo Switch over the next 12 months that the big N just didn’t have time to showcase in its 40-minute Direct. It included the likes of Spyro: Reignited Trilogy, Hollow Knight Silksong, Ni no Kuni: Wrath of the White Witch, Minecraft Dungeons, and a bunch more.

After the announcement of Luminary earlier on in Nintendo’s Direct, we thought that was all we were getting, but no, Nintendo goes and drops Banjo-Kazooie (yes, that Banjo-Kazooie) into its classic fighter series. Not only that, it came with a pretty epic fake-out trailer too. The duo will be ready for battle in Fall this year.

What a way to end things. The Legend of Zelda: Breath of the Wild is one of the most critically-acclaimed games of this generation, and Nintendo went and dropped the bombshell that its sequel is in development. It wasn’t a whole lot more than that, and we have no idea when it’ll actually release, but that’ll be enough to keep Zelda fans happy for quite a while now.

And that was a wrap on the E3 2019 Nintendo Direct. What did you make of the announcements? Let us know in the comments below.