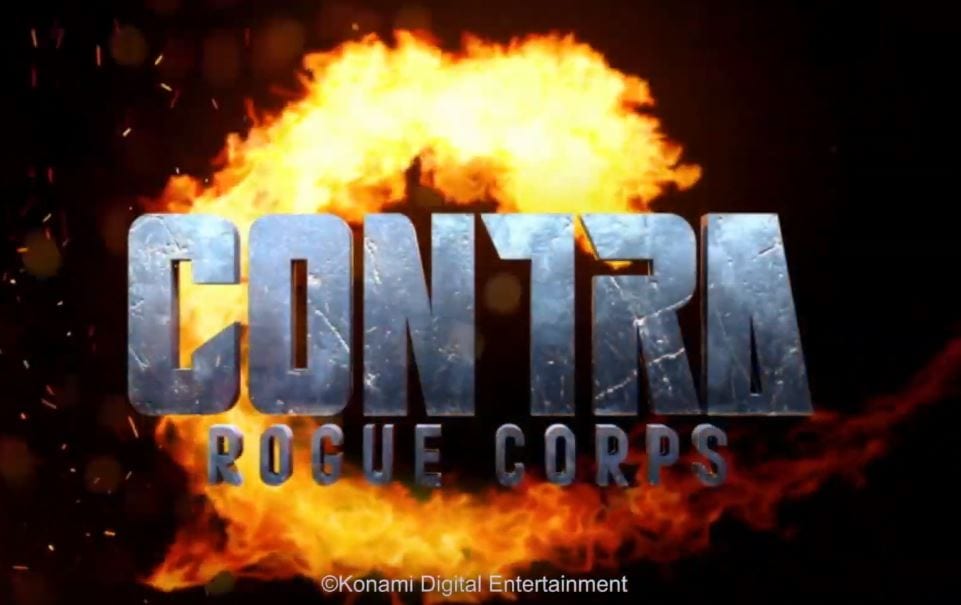 During Nintendo’s E3 Direct today, Konami announced that there will be a new entry in the Contra franchise called Contra: Rogue Corps.

The trailer shows various characters using a wide array of weapons to fight off hordes of alien enemies and giant bosses in a sort of pseudo-top-down meets third-person action camera.

We also get a glimpse at the various playable characters such as Kaiser (who sort of looks like Bill Rizer from the other Contra games), Hungry Beast (a panda bear with massive firepower), Ms. Harakiri (a ninja-like character wielding a katana and a sub-machine gun), and finally The Gentleman (the nicest alien you’ll ever meet).

It appears that the gameplay will take all sorts of forms, sharing many of the elements seen in previous Contra games and creating something truly unique, while also staying true to the series’ roots. The game will be a twin-stick shooter and feature intense action. Personally, I’m incredibly excited about a new entry in the Contra franchise as I love tough as nails run ‘n gun style gameplay.

Here’s a full list of features coming to the bombastic and triumphant return of Contra:

The game will release September 24, 2019 for $39.99 USD on Nintendo Switch, PlayStation 4, Xbox One, Windows PC (via Steam) and will feature a local wireless cooperative play mode on Switch.

The game is being created by the producer of Contra III: The Alien Wars and the director of Contra: Hard Corps, Nobuya Nakazato. He will instill more than 20 years of franchise pedigree into Contra: Rogue Corps with enormous crazed enemies, over-the-top violence, and a cast of diverse playable characters that add to the irreverent tone of the game.

Konami also announced shortly after that they will be releasing their previously announced Contra Anniversary Collection later today for $20 on Nintendo Switch, PlayStation 4, Xbox One, and PC.

If you happened to miss the trailer for Contra: Rogue Corps earlier, we got you covered: