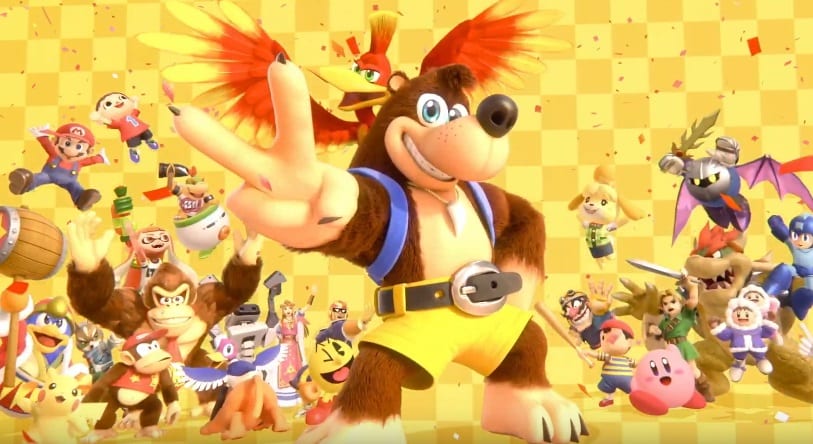 Nintendo did not announce further details about the new fighter, except they would coming in fall 2019 with more information about the DLC coming “in the future.”

The announcement came towards the end of the Nintendo Direct with Donkey Kong, Diddy Kong, and King K. Rool seeing the shadowy outline of the character appear, only to be tricked by the dog from Duck Hunt.

Banjo-Kazooie then appeared from the sky, parodying how King K. Rool debuted for Super Smash Bros. Ultimate when he was revealed last August.

Banjo-Kazooie has been a long-requested character for the fighting series, though many felt the character’s inclusion would be a pipe dream after Microsoft acquired developer Rare and the Banjo-Kazooie franchise in 2002. Head of Xbox Phil Spencer had been publicly open to the idea back in 2015.

Banjo-Kazooie originally appeared on the Nintendo 64 in 1998, followed by Banjo-Tooie in 2000. Rare then released Banjo-Kazooie: Grunty’s Revenge and Banjo-Pilot for the Game Boy Advance in 2003 and 2005, respectively, with publisher THQ.

Microsoft released Banjo-Kazooie: Nuts & Bolts for the Xbox 360 in 2008 that focused on constructing vehicles for racing or other challenges, a slight departure from the series’ platforming roots. Microsoft also updated the Nintendo 64 games for Xbox 360 and Xbox One, and recently added 4K support for Xbox One X.