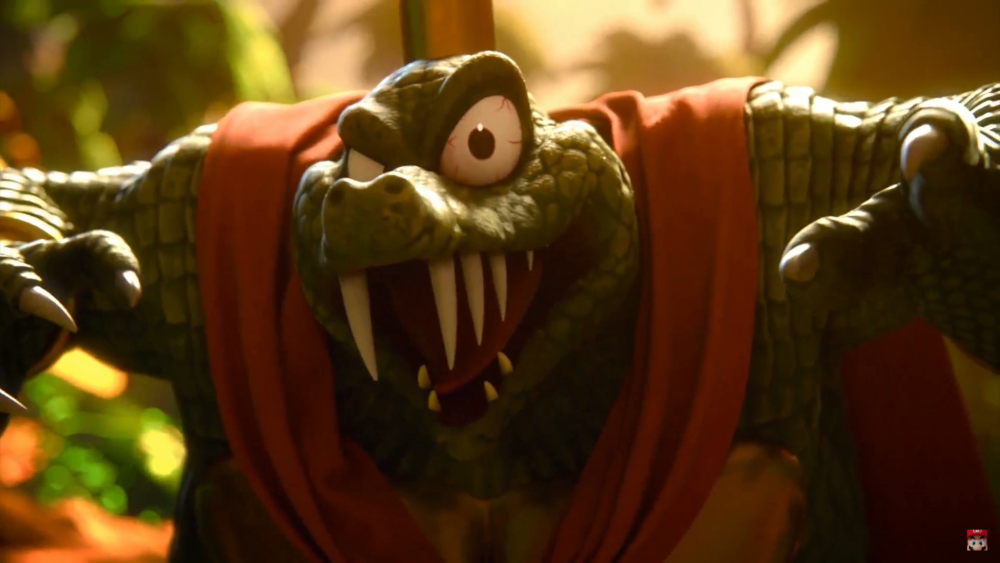 It’s been a long time coming, but the Donkey Kong Country villain, a character fans have requested for a very long time, is finally going to make his Super Smash Bros. debut with Ultimate, when it debuts this December.

The Kremling king, who does look straight up like an alligator, is going to fire a blunderbuss that shoots cannonballs, and throw his crown around like a boomerang to damage enemies, and that makes him kind of a hoss. He might look a little goofy, but he should be able to get it together long enough to become a devastating force for players. Still, it’s easy to lump him in with the bumbling King Dedede as a silly enemy that doesn’t really pose much of a threat.

Super Smash Bros. Ultimate is coming later this year as a Nintendo Switch exclusive, with over 100 stages, a fully-packed roster, and plenty more for fans to get excited about when it finally drops. Today’s Nintendo Direct focused solely on the new additions to the roster as well as items and stages, and believe it or not, King K. Rool wasn’t even the biggest announcement!

Stay tuned for more information at Twinfinite on all things gaming, so we can keep you up to date on any additional Smash announcements that end up coming down the pipeline.