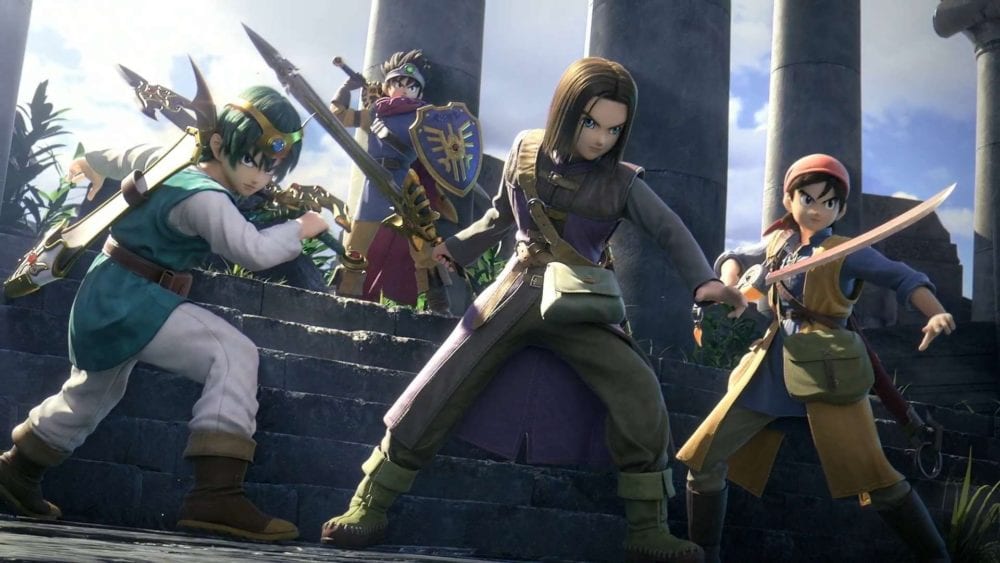 Today, Nintendo started off its E3 2019 Direct strong with a semi-surprising but welcome Super Smash Bros Ultimate reveal. To celebrate Dragon Quest XI S, the main character will make a special guest appearance in Super Smash Bros as a playable character, but he won’t be alone.

If the trailer is any indication, the Hero will fight similar to Robin and come with a plethora of magical attacks and spells. However, unlike Robin, the Hero will use a mana system to cast these spells, and players can select them via a drop down menu, sort of like a combination of Shulk’s Monado Arts system and the alternate special attacks from Super Smash Bros. for the Wii U/3DS. The Hero will also include a sword and shield that also adds some Link-style swordsmanship into the mix. And yes, the Hero’s shield can also block projectiles, just like Link’s.

Whichever Dragon Quest Hero is your favorite, gamers will have to wait until this summer to play the character in Super Smash Bros. Ultimate.