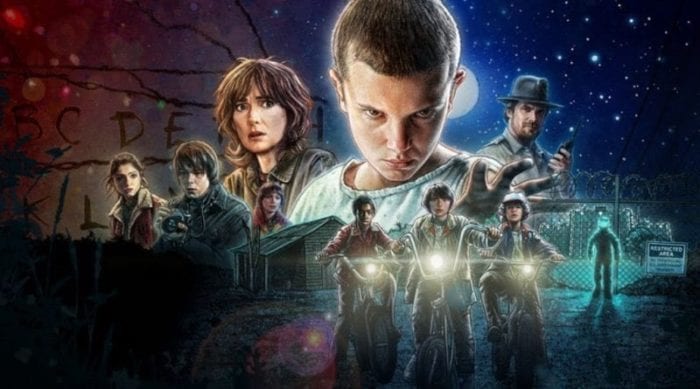 Netflix has announced at this year’s E3 that, as well as the upcoming Dark Crystal game, they are currently working on two other games, both based on the hit horror series Stranger Things.

No doubt announced as part of the gear-up for the debut of Season 3 of the show on July 4, the two games will be fairly different in nature. One is set to be a location-based mobile game for iOS and Android in the same vein as Pokemon GO, with the current working title of Stranger Things Mobile Game.

Augmented reality is a pretty apt mechanic for the Stranger Things series and its mysterious parallel world of The Upside Down. The game’s premise revolves around the idea that this world overlaps our own, which is very on-theme for the show. You’ll have to work together with friends in order to overcome whatever evil threatens to break through.

Stranger Things Mobile Game is set to release next year and is being developed by Next Games, the creators of The Walking Dead’s own Pokemon GO-like The Walking Dead: Our World. Out of the two games to come out of the popular Netflix series, this looks like the most promising.

The other Stranger Things game on the way will be a direct tie-in with the third season, appropriately titled Stranger Things 3: The Game. It’s an isometric action-adventure that’s clearly going for a retro look and feel, which ties in well with the TV show’s 80s setting.

The game lets you play as your pick of 12 characters from the show, as well as having local co-op. It’s being developed for PC, Mac, PS4, Xbox One, Switch, Android, and iOS, as is due to launch on the same day as Season 3 of the show on July 4.

Check out Netflix’s E3 panel below to learn more and see the gameplay in action.

With a compelling story and well-defined characters, it’s no surprise that Stranger Things would be a prime pick for a video game. Telltale even had a planned game inspired by the series in the works before they went under, which you can read more about here.