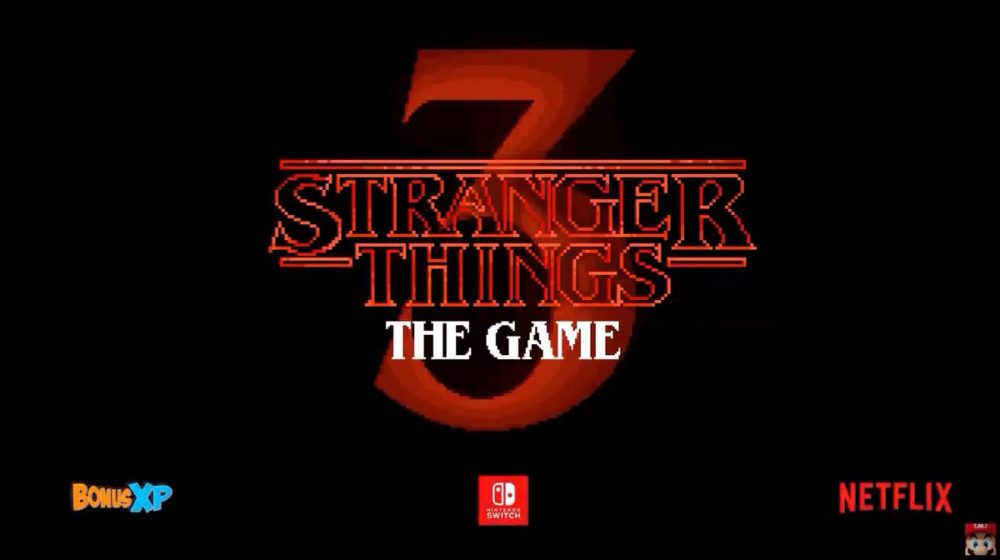 The Stranger Things 3 game was shown off during Nintendo’s Nindies Direct stream today and it will release on Switch on the same day as Season 3 debuts on Netflix.

The game takes you through the events of season 3, letting you play as 12 of the show’s famous characters and in full local co-op.

The game, which is presented in a 16-bit art style and played from a top down perspective, was originally revealed at The Game Awards late last year, but we now know when it is due to release. We will update this piece with the new trailer once it is released.

It is also due to come to other platforms, with co-op cross-play between Xbox, Switch, and PC being mentioned during the initial announcement. There was no mention of this during the new trailer shown during the Nindies showcase, however.

It seems to be a big step forward from the original Stranger Things game that released on mobile back in 2017 and was also developed by BonusXP.

Since it is launching at the same time as the show’s third season, you can play the game as you watch the show, or as a way to return to the world once you’ve watched it all.

Stranger Things 3 will launch on Nintendo Switch on July 4.