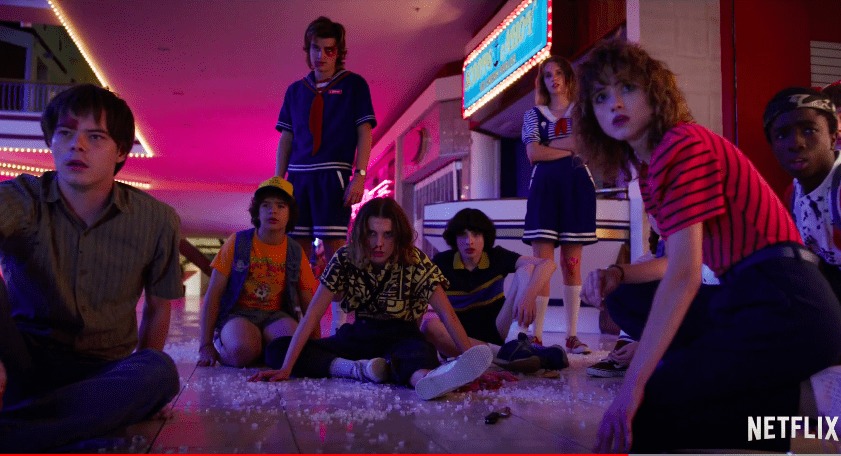 A trailer for Stranger Things’ third season has been released by Netflix, setting up a summer of terror, odd happenings and new experiences.

Set during the summer of 1985, the third season sees most of the main characters moving onto new chapters of their lives. Some are dating while others are working part time jobs, the majority of which want to put their Upside Down adventures behind them.

Of course, it’s not long before odd happenings begin to occur once again. A new supernatural threat worms its way into their lives, with the trailer’s cheerier moments making way for imagery of the cast in terrified horror.

This leaves the group to save themselves and the town of Hawkins once again, taking on a new threat that makes the past two main monsters look amicable in comparison.

It’ll all kick of this summer, with fans able to binge the latest batch of episodes on July 4.

Until then, they an check out the trailer for themselves below.

Needless to say, there are plenty of people who will be looking forward to Season 3’s release. Since its premiere in July of 2016, the series has risen to become one of, if not the, most prolific Netflix original series.

Critics and fans alike have praised its characters, storytelling and sound design, all of which utilize ’80s nostalgia as a primary influence.

It’s also made it’s way into other mediums over the years. The series has seen the release of several video games based on the property, each playing off of classic design styles and aesthetics.

The most recent of these is Stranger Things 3: The Game, a tie-in to the upcoming season wherein players make their way through waves of thugs and enemies in a beat-em-up style title. More on the game and its relation to Season 3 can be found here.