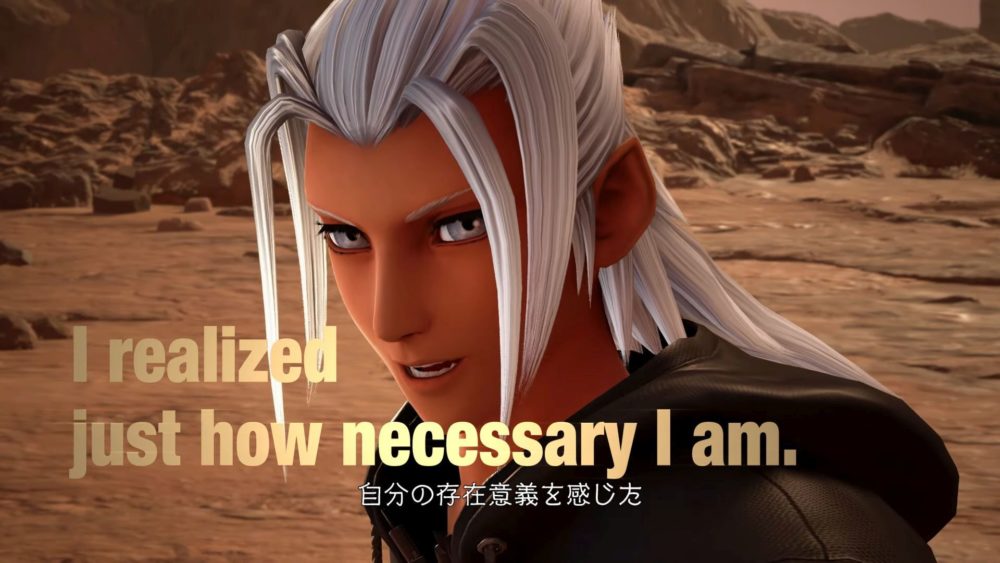 The trailer, which you can see at the bottom of the post, shows really interesting details, like playable Roxas, Aqua, and Riku.

The DLC will be released this winter.

Kingdom Hearts III is currently available for PS4 and Xbox One and recently received an update including the much-awaited Critical Mode and more.

If you want to read more about the game, you can read our review and learn why it’s so good.

If you’re ready to jump into the game yourself in order to get ready for the DLC, you take a look at our guide wiki which might help you get through some of the game’s tough points.

If you need a recap such a long time passed between the latest two mainline Kingdom Heart games, you can check out the videos released by Square Enix for exactly that purpose. They’re a good refresher.

Of course, if you haven’t played Kingdom Hearts III, you may want to refrain from watching the trailer, and try out the game before you do.