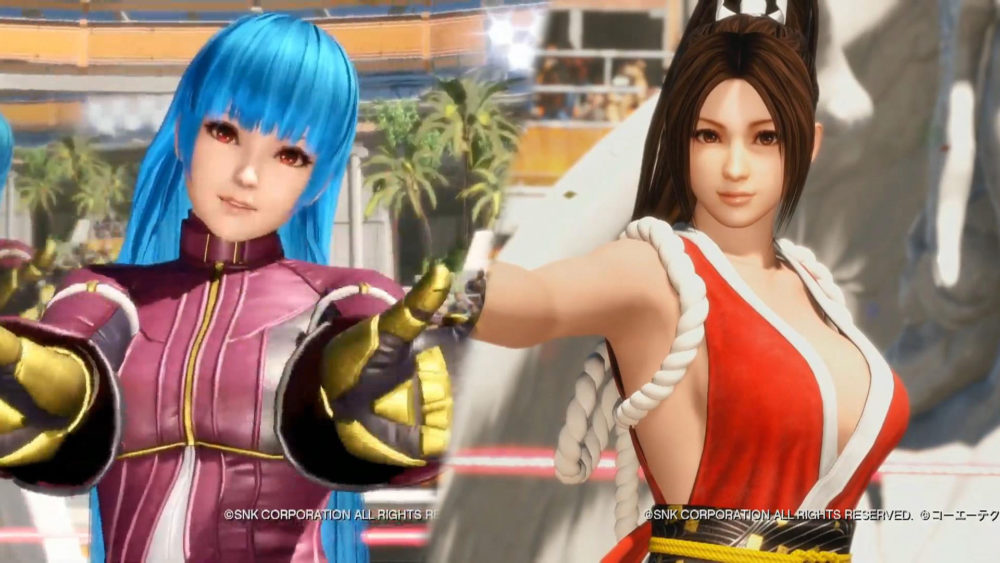 Today during the livestream for the Taipei Major tournament hosted in Taiwan, Koei Tecmo revealed the next DLC for Dead or Alive 6.

The DLC will include the previously-revealed crossover character Mai Shiranui from The King of Fighters, in collaboration with SNK, but she won’t be alone. Kula Diamond will also join the fray.

They will be released on June 18 as the new DLC package, alongside a new update to the base game.

You can Watch the reveal trailer below.

The whole package with both characters and costumes will be priced at 3,000 yen. Of course, all is included in the season pass in case you have that.

The update will include a “Versus” ruleset in Lobby Matches, the ability to communicate with text chat while spectating, and additional text chat enhancements. Issues that prevented unlocking titles despite fulfilling their conditions will also be fixed, while balance and starting positions for second rounds of matches will be adjusted.

If you want to learn more about Dead or Alive 6, you can read our review of the game and check out some recent information from Producer Yohei Shimbori.  You can also take a look at the previous DLC pack.