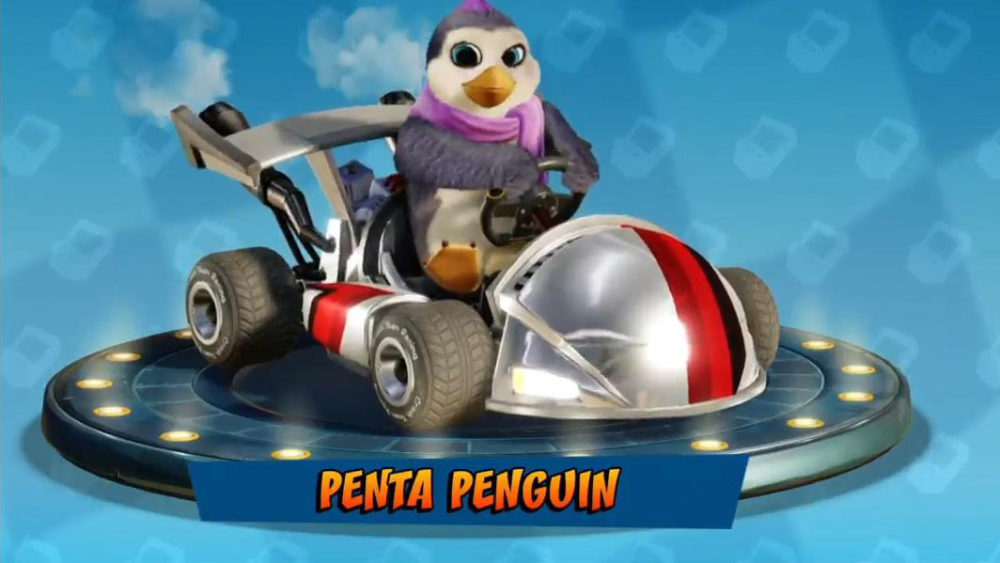 The character is Penta Penguin, who was basically a secret character in the original game, and largely unfinished.

Penta Penguin will be available in the game straight out of the box without needing to do any unlocking. There’s also been some balancing done to make sure it works with other characters.

During the stream, we saw a match showcasing how Penta Penguin plays, and you can check out a recording below to get a feel for it.

It’s certainly a little nice Easter Egg for fans of the franchise, even if now it has become a full-fledged feature, so I’m not sure it’s actually proper to call this Penguin an Easter Egg anymore.

If you want to see more, you can enjoy another trailer showing off the Adventure mode, another about the game’s extensive customization system, one featuring retro content coming exclusively to PS4, another focusing on the Electron Skins, and a series of clips starring Crash Bandicoot, Coco, Polar, Ripper Roo and Nitros Oxide.

Crash Team Racing Nitro-Fueled will release on June 21 for PS4, Xbox One, and Switch. We’re less than two weeks away.