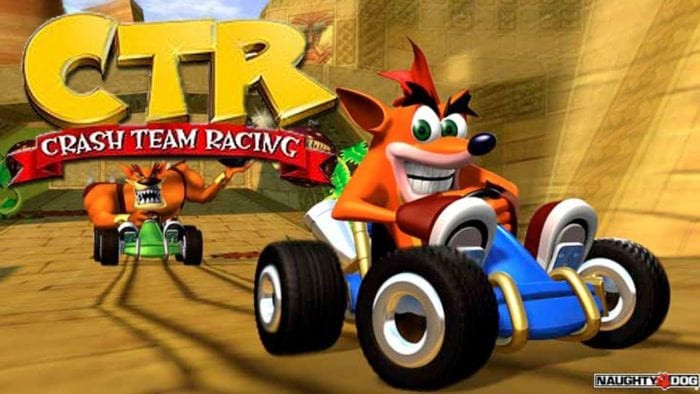 During today’s PlayStation State of Play presentation, Crash Team Racing Nitro-Fueled got a brand new trailer showing off the Sony exclusive retro pack.  The exclusive content includes a retro track as well as retro skins and karts for Crash, Coco, and Cortex.

In the video, the footage used does a great job giving a look at how the retro skins will maintain the same shape and appearance as the PS1 models they are inspired by. This is done by showing gameplay from the original game of Coco and Cortex that fades to the remastered version with the retro skins.

There is also a great shot from the end of the trailer showing all three of the retro skins and karts driving side by side.

Additionally, the video gives fans a great look at Nitro-Fueled’s battle mode running in 4-player split-screen. Similar to the retro skins the footage should provide a great feeling of nostalgia for anyone who played the original game on the PS1.

Currently, it is unclear if the retro content will be permanently exclusive to the PS4 or if it will be available to everyone at a later date. Fans who play on other consoles will likely be frustrated to hear this, but from Sony’s perspective, it makes sense to attempt to pay homage to the original Crash Team Racing.

For anyone feeling nostalgic, you can watch the full State of Play trailer below:

To see more of Crash Team Racing Nitro-Fueled, you can check out the Nitros Oxide, Ripper Roo, and Polar character reveal trailers. If you want to see all the news, trailers, and announcements that were shown during PlayStation’s State of Play stream, you can find the whole recording here.

Crash Team Racing Nitro-Fueled will be released on June 21 for the PS4, Xbox One, and Switch.